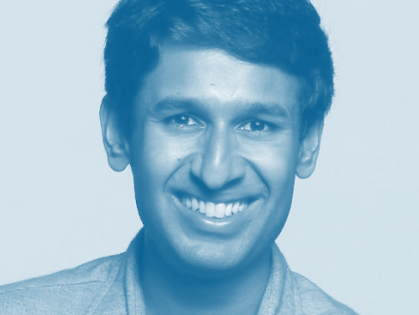 A Conversation with Nikhil Basu Trivedi

We had the chance to catch up with Nikhil Basu Trivedi, who was formerly a Managing Director at Shasta Ventures and who is now off on his personal search for the "next big thing." Nikhil started his journey in venture capital as an associate at Shasta Ventures back in 2012, progressing to the role of Managing Director within a span of eight years. Check out Nikhil's investigations into "the next big thing" through his newsletter on Substack.

EVCA:  Tell us more about your journey into venture capital.

Nikhil:  I was born in the U.K., grew up there until age 13, moved to the San Francisco Bay Area, and got inspired by everything happening in Silicon Valley during high school. I started working on startups during college at Princeton, one of those became a real company (Artsy), and then the lightbulb went off for me that I'd love to try my hand at investing. I joined Insight Partners in New York as an intern, then full-time after graduation, and a year later moved back to the Bay Area to join Shasta Ventures.

EVCA:  What was your experience like at Shasta Ventures going from Associate to Managing Director in eight years?

Nikhil:  I loved my time at Shasta. When I joined, at age 23 in 2012, as an associate, I had no preconceived notion of what it would lead to. I thought maybe I would end up joining a company, or starting another one, or going to business school. I had no idea it was going to be an eight year chapter. But the Insight experience gave me a leg up coming into Shasta. From day one, I had some sense for how to source new companies, and some judgment for what was interesting as a potential investment. I was lucky to have a partnership that supported my growth, and gave me more and more responsibility over the years. I started being able to lead investments in 2016, and loved getting to be the primary contact and board member to companies. In the fall of 2018, I walked into our partner meeting on a Monday, with all of my partners already waiting for me to join. They told me I was becoming a Managing Director, effective immediately. I had no idea it was coming. I'm very grateful for all the opportunities Shasta gave me.

EVCA:  From your past interviews, it is clear that you are someone who has been profoundly shaped by the history of the immigrant experience in the United States. Could you elaborate on how your personal history has shaped your perspectives and goals in life?

Nikhil:  I feel very fortunate to have moved to the U.S. as a teenager, and to a place like Silicon Valley, where I quickly gained the understanding that entrepreneurship is a way to change the world. But I've also always felt like an outsider in America, with brown skin and a different accent. I think that's added fuel to my drive to prove myself as an entrepreneur and investor, and also helped me empathize with underrated or otherwise overlooked founders. One of my goals over the next several decades is to level the playing field, and to foster a more inclusive ecosystem through my work.

Nikhil with Rachel Star while at Shasta Ventures

Nikhil: I absolutely love meeting entrepreneurs for the first time. I live for those moments, which if I'm lucky I get a few times per year, when I'm hooked within 5 minutes of a meeting, blown away by the founders in half an hour, and feeling like I have to invest an hour in. It's my favorite part of the VC job. My least favorite part of the job is that almost all of us VCs will invariably end up seeing more incredible investments that we don't invest in than ones we do invest in. Those misses are psychologically taxing, even if there are always learnings. I try to minimize regrets in general in life, but I think it's particularly hard to do that as a venture capitalist and I've had to learn to manage it.

EVCA:  If you had to give advice to your younger self at the beginning of your career, what would that advice be?

Nikhil:  Think about what your competitive advantage can ultimately be within Find, Decide, Win, Help, and Exit (the five pieces of the venture capital flowchart), and focus on honing that advantage as early as possible in your career. I wish I had thought about this at the beginning of my venture career. I would have started writing more regularly many years ago, and been more intentional about how I spent my time. The other thing I would say, which one of my partners at Shasta said to me, is don't worry about your title at the firm. Think of yourself as a venture capitalist, and focus on all aspects of the business, especially those in which you have or can develop an unfair advantage.

Nikhil:  The next big thing isn't just one thing, and that's why I like the name for this newsletter, and why I can have something to write about on a weekly(ish) basis. What's amazing about the current moment is that we're seeing every industry be reinvented by technology. The pandemic has accelerated that reinvention. So the next big thing can be built and discovered in many places.

EVCA:  What advice would you give members of the EVCA community who are seeking a long-term career in venture capital and who may want to make partner one day?

Nikhil:  Beyond the advice I gave earlier about being intentional to develop a competitive advantage as early as possible, if you are at a firm and want to become a partner one day at that firm, you have to build a relationship with your partnership such that they trust and respect your ability to source, select, win, and support companies. If you are an expert in an area that others are not, and that area could deliver superior returns for the firm, that gives you a better shot at your partnership one day deciding to expand to include you. Fundamentally, your partners have to believe the firm's returns and future prospects will improve with you leading investments as a fellow partner. That's a high bar to clear, so consider that and the incentives therein as you think about your career trajectory.

EVCA:  What is keeping you busy nowadays?

Nikhil:  I left Shasta at the end of June, and have been busy working on my next career chapter, as well as writing. My heroes in our industry are individuals like Don Valentine, Andy Rachleff, Fred Wilson, Josh Kopelman, Kirsten Green... venture capitalists who have founded firms that either already live beyond them, or one day will. I'm 31 years old, so I hope that I have 25+ years of runway ahead to craft a similar path for myself.