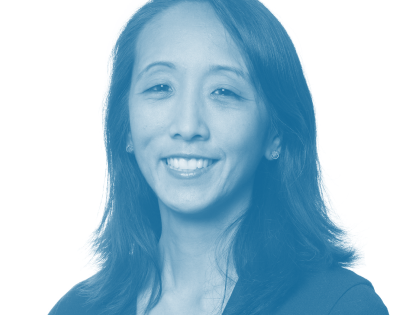 An Interview with Eileen Tanghal, Senior Partner at In-Q-Tel, on What It's Like Investing on Behalf of the U.S. Intelligence Community

Eileen Tanghal is a Senior Partner at In-Q-Tel, the strategic investment firm started by the CIA 20 years ago and which now invests on behalf of the U.S. intelligence community. I asked Eileen to be the January 2021 EVCA Spotlight Feature because In-Q-Tel stands as the only venture firm in the world with the mandate of bridging the fascinating world of startup investing with the even more fascinating world of U.S. covert affairs. To be completely honest, my reasons were also personal. A self-described spy nerd, I told Eileen as preface to our interview that in some alternative dream job, I would be a CIA analyst tracking terrorists and international fugitives. With all the hype I built up in my head, Eileen surely did not disappoint.

Talking to Eileen, you automatically get the sense that much more is at stake in her investments than the oft-touted goal of monetary gain in the venture world. Sure, she has an established track record of successful investments (most of which are not disclosed for the purposes of national security), but what really animates her is something far nobler: Eileen's on the mission to find up-and-coming technologies for the U.S. intelligence community with the ultimate goal of keeping us safe from foreign and domestic threats. While most of us in the venture world are out there just investing, Eileen's out there saving lives—one investment at a time.

EVCA:  Could you describe more about how In-Q-Tel began and what it does today?

Eileen:  In-Q-Tel was started by the CIA about 20 years ago to obtain access to technologies that were being developed by startup companies. If you look back to the 1960s, the U.S. government was outspending corporate America in terms of research and development (R&D). Some time after that, R&D spending amongst the large corporations and the startup community started surpassing what was spent by the U.S. government. This pattern reversed again in the 1990s when you started to see the pace of development and innovation going much faster in the private sector. The CIA was smart enough to realize that they needed to really look at the other technologies from both types of corporations--not just the large corporations but the startups in Silicon Valley that were developing technologies that could be used for the CIA’s mission. The leadership at the CIA considered different approaches and in the end worked to establish In-Q-Tel as a not-for-profit, public-private partnership that invested on behalf of the CIA.

Today In-Q-Tel invests on behalf of more than just the CIA. There are about nine different agencies that we work for. We call them partners. And so we will describe ourselves as technology scouts, venture investors, and advisors on behalf of the U.S. intelligence and national security community in the form of a not-for-profit organization. We work much like strategic venture capital firms in that we are investing on behalf of the needs of our business units, but for us our business units are the mission centers within the intelligence community. These mission centers have very specific areas where they need help on a technology side. And so we look for companies that are developing new things in those areas. At the same time, we also notice new areas that the U.S. intelligence community might not be thinking about just yet.

EVCA: What is it like to work for In-Q-Tel?

Eileen: Working for In-Q-Tel has been the best job I've ever had hands down. It really allows me as someone who's been a venture capitalist for 18 years and who’s been involved in startups for 22-23 years to do something really fulfilling.It’s one thing to make investments and work on technologies for the sake of monetary return. That’s fulfilling in the sense that it allows you monetary fulfillment, but there really is nothing in comparison to--hey, I made this investment and the product helped keep our country safe. At In-Q-Tel, you get to do all the great, cool parts of being a venture capitalist--sourcing, talking to really impressive entrepreneurs, helping them with their technologies and companies. But in the end, it isn't about whether some startup you invested in goes public at a 10-20x return.If anything, that’s nice, but it’s about the end mission. Because of that, the people that work at In-Q-Tel are great because if you think about it, if you choose to work at In-Q-Tel, it means you care a lot about the national security mission--definitely more so than your own personal financial gain.

EVCA: You use the word “mission” quite extensively to describe what In-Q-Tel seeks to accomplish. When you say mission, what does that mean for the people working at In-Q-Tel? What is their mission?

Eileen: The mission of In-Q-Tel is to support the intelligence community in their mission to protect the country.  . In-Q-Tel’s mission is to provide the intelligence community the technology tools to stay ahead of bad actors. . One of the beauties of working at In-Q-Tel is that you don't just interact with the companies and the investors, but you also interact with the IC,  operators, analysts, and officers, people who put themselves at risk. You're not dealing with people who care so much about things like the stock price and the next earnings call but people who care about things like stopping terrorism and keeping us safe.

EVCA: How does In-Q-Tel work with the U.S. government?

Eileen: U.S. intelligence agencies have subdivisions--just like large corporations with each division having a specific need. So, for example, one division might need a communications device while another might require a sensor. These divisions are looking for are products that can fulfill their needs. Every year, the agencies in a very organized fashion come up with a problem set. These are shared with In-Q-Tel and given priorities high through low. In-Q-Tel reviews the priorities and responds with areas that we think we can address with venture investments. Ultimately, In-Q-Tel invests in startups that deliver solutions to those problems sets. It’s been 20 years, but this collaboration is a very well-organized and oiled machine.

EVCA: What are some of the next-gen technologies that venture investors are not looking into right now but that you think from your vantage point at In-Q-Tel are going to change the future?

Eileen: To be clear, most of what we invest in is indeed something that can be commercialized-- but also utilized within the next year or two years. So indeed, out of the 55-60 investments we make each year, 80-90% of them are Series A or Series B companies--sometimes Series C and D. We don't make many highly speculative investments. In the areas where we do make speculative investments they are in seed-stage investments where the time to commercialization is longer. One area where we’re looking, which I think some investors are starting to look at but it’s still some time to commercialization is Tiny ML. Tiny ML is the application of artificial intelligence (AI) in embedded devices. The AI processing that we know today is typically associated with GPUs and really occurs at the data center. Recently, you’re starting to see what you can call kind of a dumb AI showing up in embedded devices--like remote controls that can do some low level of AI-driven inference for things like keyword matching. What’s next is Tiny ML--meaning AI on very low, low-power processors at the edge. The Tiny ML movement, which is maybe a couple of years old, is about pushing AI into the embedded edge. We have recently made a seed investment in this space and will continue to look at investments here.

EVCA: What was your pathway for getting where you are today?

Eileen: I actually had known the Managing Partner of In-Q-Tel’s West Coast office, George Hoyem, for a long time when I was an investor at Applied Ventures back in 2008. Back then, it was before the corporate venture capital arena got very, very large, and there were really only a handful of us, so we had gotten to know each over the years. Eventually, after working at Applied Ventures, I moved onto venture investing for Arm. Then Arm was in the process of being acquired by Softbank. I then ran into George, and he asked me what I was up to. I said “I don’t know. I think I want to take a year off.” He said, “Well, don’t do that. Come and help your country. Help the country. Help the mission.”I was intrigued. They weren’t hiring or anything. It was sort of an opportunistic situation. And so I really thank George for introducing me to the team. And then I got to know more about the mission, about the people. You know, I was really impressed with the sheer diversity of the team. And the diversity of the CIA itself. It's better than I've ever seen in any tech company. Period.

Eileen Tanghal is a partner at In-Q-Tel, the strategic investor that identifies and invests in innovative technology startups to support the missions of the U.S. Intelligence and Defense communities. Since joining IQT in 2018 she has led investments in computers, communications, and sensing technologies.

Prior to joining IQT, Tanghal was at ARM Holdings where she served as Vice President within the New Business Ventures group and was responsible for the discovery and cultivation of investment opportunities and acquisitions in new growth areas. Prior to ARM Holdings, Tanghal was Managing Director of Applied Ventures, the corporate venture capital arm of Applied Materials, where she led an international team managing $250M in nearly 50 portfolio companies. During her tenure she and her team led several investments and strategic collaborations for Applied Materials in the semiconductor, solar, display, and whitespace areas including life sciences and medical. These efforts opened several billion-dollar market opportunities for Applied Materials. Before joining Applied Materials, Eileen was an investment director in the London office of Kennet partners and an associate at Amadeus Capital Partners.

Prior to entering venture capital, Tanghal was one of the first engineering team members of the semiconductor consulting firm, PDF Solutions, which went public in 2001.

Tanghal holds a bachelor’s degree in electrical engineering and computer science from MIT and an master’s degree from London Business School.