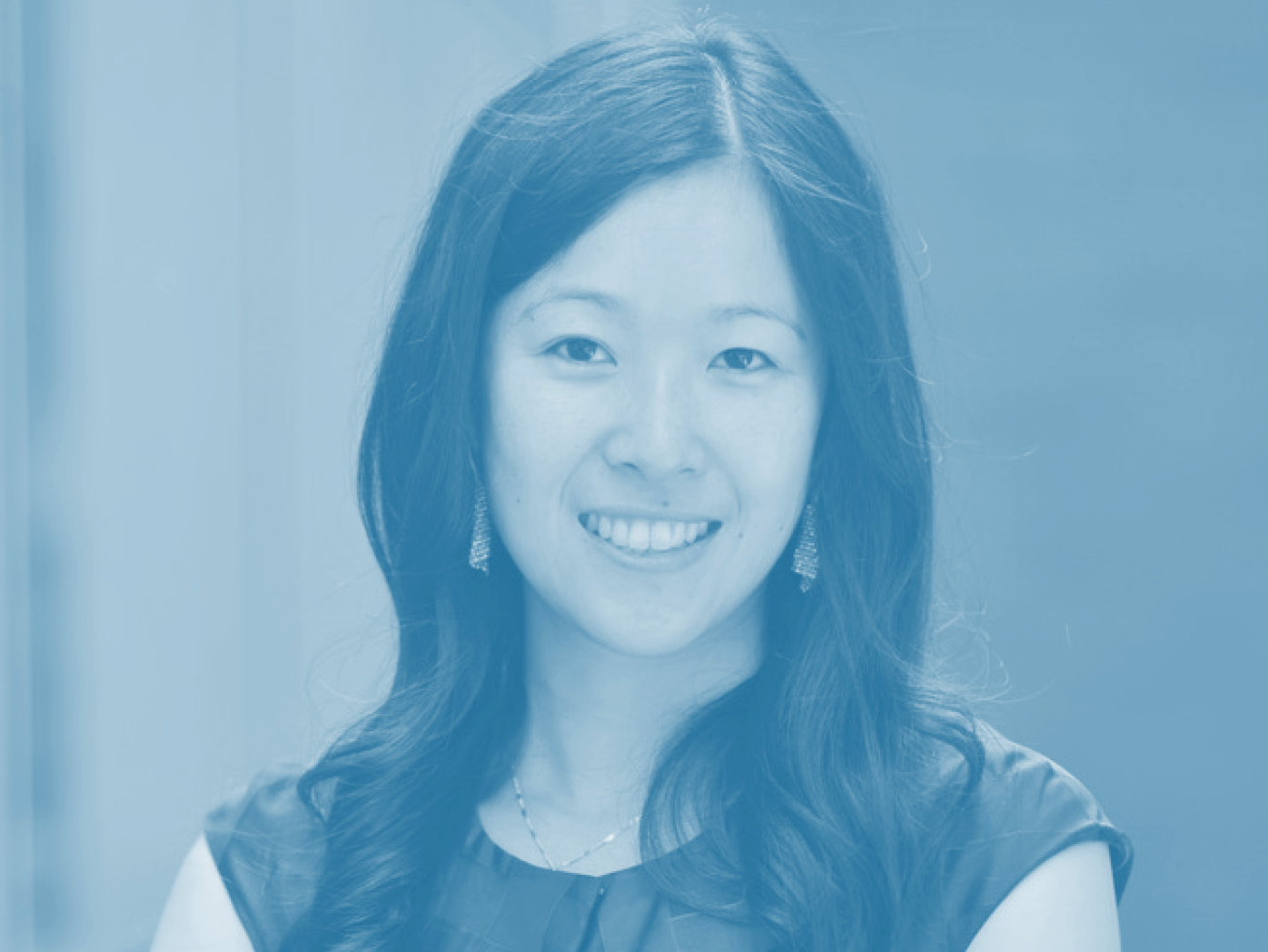 Angela Tran is General Partner at Version One Ventures, a venture capital firm that invests in pre-seed and seed stage tech companies led by mission-driven founders.  If I had to use one word to describe Angela, it would be “raw.”  Throughout her interview, she reflected on her life with that sort of ease and authenticity of someone whose success is the result of sheer intelligence and hard work. That is because every accomplishment Angela has achieved throughout her life, she earned. Growing up as someone who never took “no” for an answer, she flourished in the sciences, receiving her BASc, MASc, and PhD degrees in engineering from the University of Toronto. Her education ended up being her gateway to Silicon Valley, where she co-founded Insight Data Partners, a Y-Combinator-backed startup focused on placing STEM PhDs and postdocs as data scientists at big tech companies like Apple and Google. At thirty years old, Angela landed her first venture capital role at Version One Ventures, where she started as an analyst but rose quickly to General Partner--once again, through hard work and an academic brilliance for figuring out complex problems.

Angela’s “scrappiness”, as she calls it, is the relic of her upbringing. Her mother was a Vietnamese refugee and her father a Vietnamese immigrant. Both arrived in Canada with nothing but the clothes on their backs. It’s these modest beginnings that instilled in her the strong values of working hard and using education as a means for self-betterment, on top of a playful humor to joke about the absurdity of buying $10 avocado toast now that she's crossed into venture capital land. For Angela, it’s neither money or success for success’s sake that motivates her, but rather a love for cerebral challenges, a desire to give back to those around her, and the liberty to live life on her own terms. In speaking with her, there is one absolutely delightful thing you should be sure to note: as much as she is one of the most deeply compassionate and warm characters you should ever meet, Angela Tran is a rebel.

Sam: What is your origins story? Where did you grow up?

Ange: I was born and raised in Toronto, Canada. My mother was a refugee from Vietnam. My dad also was a recent immigrant from Vietnam. Both showed up to Canada with nothing but the clothes on their backs. They worked hard for everything, which pushed me to be the best version of myself. They instilled in me the value of education and hard work. My parents also never treated me any differently because I was a girl; I never encountered any gender preconceptions from them that, for example, girls were bad at math. They treated their kids the same so growing up, I did everything my brother did. I grew up super competitive, perhaps because I felt obligated to “show up” for all the sacrifices my parents had to make. I was never a kid who took no for an answer, and just worked and worked in order to be evaluated based on my merit. I eventually went to school at the University of Toronto, where I earned my BASc, MASc, and PhD degrees in engineering.

Sam: What was your first foray into the world of Silicon Valley?

Ange: In the midst of doing my PhD at the University of Toronto, I moved out to Silicon Valley. The move was very eye-opening for me because prior to that, I had lived my whole life in Toronto in a small, four-kilometer radius. I arrived in Silicon Valley with no idea of what to expect but the attitude of, “Hey, I have an engineering degree, how hard is it going to be for me to get a job?”  After a few interviews, I quickly realized that it was challenging: I knew how to code but not in a production setting. In the meantime, I tapped my alma mater, University of Toronto, for connections to other people who were in Silicon Valley. That’s how I eventually ended up meeting my co-founder for a company I started called Insight Data Science, where we trained top PhD students to be data scientists and then placed them at companies like Facebook, LinkedIn, Google, and Twitter.

At Insight Data Science, we ended up receiving funding from well-known Silicon Valley venture capital groups and accelerators including Khosla Ventures and Y Combinator. This was back in 2012 when big data was all the rage. Our mission was to give STEM PhDs who had dealt with massive amounts of data in their studies the tools to be attractive candidates for data science positions at tech companies. That was my first foray into Silicon Valley.

Sam: After starting your own company, how did you move into the world of venture capital?

Ange: I operated Insight Data Science for about a year and a half and then decided it was time to do something new and different. I didn't know what that looked like, but I went back to my Canadian network. Long story short, in summer of 2013, I got introduced to Boris Wertz, my current partner at Version One Ventures. He had just raised Version One’s first fund and was looking for someone to work with. I started off as an analyst. I was 30 years old, which is probably old for going into venture, but he took a chance on me probably because I was different from typical candidates that he had met in that I came at problems from a very engineering-based, analytical, and academic mindset. It contrasted his own perspective, which was very much on the operator and business side. Much of what I know about venture capital is through Boris’s mentorship. About four years ago, we had the conversation about me becoming a General Partner and the rest is history. We've now been working together for almost eight years.

Sam: After co-founding Insight Data Science and working as an operator, what made you realize that pathway was not the right one for you? How did you figure out that venture capital was your calling?

The reason I ended up leaving Insight Data Science was because some of my personal values started to slowly not be met by the work. In terms of continuous learning, I found this to be incremental vs transformational as time progressed. At first, we were effectively creating something from scratch: a bootcamp to train PhDs and post-docs to be data scientists. When we launched the first cohort, it felt like “Zero to One” and I learned a lot. However, by the second and third cohorts, the program was pretty much a well-oiled machine. We now had different challenges, and I simply felt I was a better fit at the creation of an MVP stage.

On freedom, while I still felt empowered to build, the company took too much out of me; I felt like my whole identity was in this company. Years later, as a VC who works with different entrepreneurs, I realize that founders must have an obsessive passion for what they do because there is a lot  of personal sacrifice. With Insight, I didn’t have that obsessive passion so felt that I had lost my freedom.

All this to say, I didn’t know it at the time I entered the world of venture capital, but the job serendipitously aligned with those three core values of mine--continuous learning; compassion; and freedom -- and as such, I feel like it’s my “calling”.

Sam: As the daughter of a refugee mother and an immigrant father, how has that influenced your views on career and life?

Working in this industry with lots of capital makes it very hard to reconcile with where I came from. I had a modest upbringing – we didn’t have many material things, but never went hungry and were always loved. I was taught to not want much. But now, I often struggle with the fact that it’s “normal” to pay $10 for avocado toast. When you grow up buying only what you need, paying for these luxuries doesn’t sit well naturally. I never want to lose that part of me--that scrappiness, that hustle. I’m still learning how we can reconcile the wealth we create, the billionaires we create, and what that means toward making this world a better place with the core values that I learned from childhood.

Sam: Where do you see yourself in 15 years?

Ange: People always ask me if you weren’t in venture capital, what would you do? I’d always say that I'd probably be a professor. Now that I think about it, fifteen years from now, I likely will still be investing but hopefully in an even more selective way so that I can focus my time teaching as a means to give back to the community that has given so much to me. I just know that I want to do something good in the world and hopefully be a positive influence on younger generations.

General Partner at Version One, Angela is a native Torontonian and naturalized US citizen who calls San Francisco home. Investing in the US and Canada, she has a unique perspective on both ecosystems. An engineer by training, Angela’s desire to help others and work with people who are bringing about positive transformational change led her to the world of VC, where she has quickly made a big impact.

Angela focuses on health/bio, AI/ML, social platforms and other startups leveraging network effects. While she loves data, she believes that good investing is both value- and data-driven.

Prior to Version One, Angela co-launched Insight Data Science, a YC-backed startup designed to help PhDs transition from academic research to careers in industry via a six-week training program. With this experience, she is uniquely poised to help startups accelerate data science as a key differentiator. She helps founders hire data scientists and grow their teams, and can be found as a data scientist in residence, working onsite at portfolio companies.

Angela received her PhD in Operations Research & Financial Engineering from the University of Toronto where she currently is a sessional lecturer. She is a trustee on the board of the Computer History Museum where she chairs the NextGen advisory committee. She is a board member for the C100 and is involved with the Creative Destruction Lab in Vancouver.