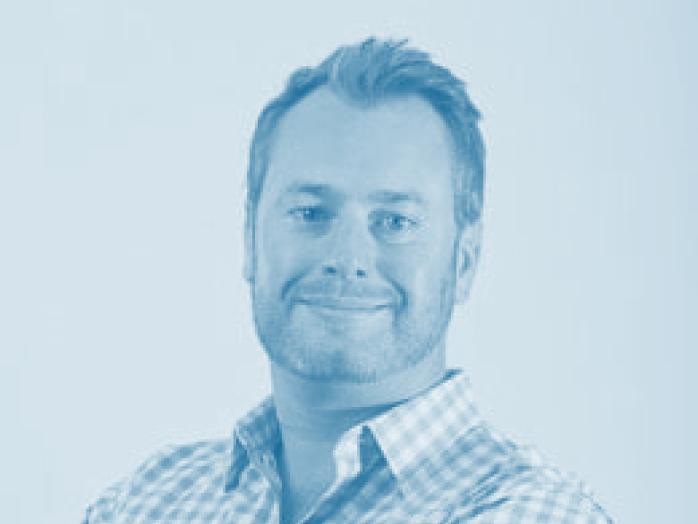 He Was a Former Irish Diplomat Who Crossed the Chasm into the Banking World. Meet Barry O’Brien, Head of Strategic Investments and SVB LIFT at SVB Capital Group

Barry O’Brien is Head of Strategic Investments and SVB LIFT at SVB, the tech industry’s go-to commercial bank for startups. Barry has the reputation as one of the most connected persons in the venture capital industry. While today he heads SVB’s practice groups related to the bank’s activities with family offices, emerging fund managers, and strategic investments, Barry, a native of Ireland, began his career mastering the art of diplomacy and international relations as a former diplomat for the Irish government. For seven years, he darted around the world as a Foreign Service Officer, ultimately landing in California, where he served as Irish Deputy General Consul for a little over four years. During that time, he helped facilitate the Irish government’s investment in SVB, and, somewhere in the midst of that relationship, ended up at SVB, first starting in the role of Managing Director for its corporate venture capital group.

Barry is a man of multifaceted talents. He embodies a particular brand of refined ruggedness that is best exemplified by his dual loves of rugby and cooking. Rugby, which he started playing at the age of seven, was his first passion. Cooking was a passion that he acquired later in life, born out of a diplomat’s need to entertain important guests from around the world. Barry’s shepherd’s pie, a rich dish of meat and chopped vegetables covered by mashed potatoes, is one of the classics in his culinary repertoire, though he’s also ventured on more than one occasion to make the very difficult Peking roasted duck--a dish that he says he’d likely make if trying to impress a cadre of politicians from China. If you ever meet Barry, you would note the melodic cadence of his Irish lilt and a certain type of down-to-earth hardiness that hints at his prior days as a diplomat. He is someone you could picture entertaining a room of international dignitaries with all the stateliness of any seasoned politico and then heading off to play a game of rugby with a gladiatorial ferociousness. It’s that oxymoronic combination of both a statesman’s tact and a sportsman’s mightiness that makes Barry unforgettable.

Sam: What was your path to your current position at SVB as Head of Strategic Investments and SVB LIFT?

Barry: I was born in Dublin, Ireland. I started my career as a Foreign Service Officer, serving the Irish government for seven years in different places around the world. This included serving on the implementation of the Peace Treaty in Northern Ireland in the early part of my career and also a stint in the Foreign Ministry Press Office. This saw me spend a lot of time in Brussels.

In the late 2000’s, while I had requested to be sent to the Middle East at the height of the surge, I ended up being sent to California, where I served as the Irish Deputy General Consul for a little over four years. During that time, the Irish government wanted to start investing in venture capital, so I, as the Consul on the ground, got the call to do that. One of the banks we started negotiating with was SVB, which is how I ended up meeting my present employer. The Irish government ended up investing in SVB, and, to this day, it remains one of SVB Capital’s largest LPs.

Somewhere in the mix of all this, I ended up coming on board to SVB, serving as the Managing Director for their corporate venture capital team. I was responsible for building out the bank’s relationships with all the CVCs, such as Google Ventures, Intel Capital, BMW i Ventures, and Qualcomm Ventures. In late 2019, John China, who had been up until then Head of the Commercial Bank, took over as President of SVB Capital. On his way to do that, he asked me if I would join him. I accepted his offer and have since served as Head of Strategic Investments, Family Office Practice and SVB LIFT.

Sam: Could you explain more about what you do in your role as Head of Strategic Investments and SVB LIFT?

Barry: As Head of Strategic Investments and SVB Lift, I run three parts of SVB Capital. The first part is our family office business, which is where I manage all of our relationships with family offices that want to engage in venture capital. The second part is strategic investments, which involves investments made off the balance sheet at SVB. For example, as part of this, we invested in the accelerator, TechStars. Finally, I also have responsibility for our program called SVB LIFT, which is basically our LP introduction program. As part of this, we look at the top emerging managers that we as a bank work with today. We select the top 5% of the roughly 800 emerging managers in our network and place them into our LIFT program, where we help them engage with our LP network. Since we launched the LIFT program in September 2020, we’ve been able to place around $150M in capital into these emerging fund managers. For us, we’re not working as a broker dealer or a placement agent. This is all value-add that we hope to provide for our clients off the back.

Sam: You started off your career as a diplomat for the Irish government. How did that experience as a diplomat translate to your new role?

Barry: If you think about what a diplomat does, it’s the only profession in the world where you’re a trained relationships expert. Your whole job is to go to foreign countries to meet people in foreign environments; build networks of relationships; and then be able to execute and use these relationships. That’s fundamentally what diplomats do. When you think about venture capital, particularly on the LP side, which is where I spend most of my time, my role is all about going out and finding new LPs in different places around the world. I’m responsible for building relationships with them and showing them the potential upside of investing in any given platform. For example, when I was leading our CVC group, one of my key functions was showing the value of CVC investing to different corporations. This included showing different corporate groups what the linkage was between investments in startups and company-wide innovation as a means to staying competitive globally. This ability to go out and engage different cultures and different corporations and build value-add relationships across them is what I extracted from my days as a diplomat.

Barry: The challenging part of my job is building initiatives from scratch. Take the SVB LIFT program, for example. When I took over that program, I shut it down and restarted it. In rebuilding it, I had to sit down and think hard about what exactly we wanted to do with that program and who we wanted it to serve. We built it back up with great success, facilitating $150M in capital to emerging fund managers from our LP network in 18 months. It’s those types of successful metrics that are a huge part of what I enjoy.

Another aspect of my work that I genuinely enjoy is going into new environments and meeting new people. I like building networks across people and executing something positive from those relationships. With the Family Office Practice in particular, I find it so fascinating meeting all these families, learning their histories, and why they want to get into venture capital. These are all aspects that I truly enjoy building the SVB capital platform.

Sam: Looking back at your career, what key learnings would you take away?

My second piece of advice is something I draw on from my time in service. You should always approach any interactive situation--particularly negotiations---with two ears and one mouth. When you walk into any negotiation or any deal, you should always listen twice as much as you talk; hear what the other side wants; hear what they’re willing to give; and then negotiate and discuss from that level set.

Barry O’Brien is the head of SVB Family Office Practice and Strategic Investments, where he is responsible for building the SVB practice and team and working in close partnership with the Emerging Manager and Early-Stage practices.

Prior to SVB Capital, Barry was a managing director for SVB’s Corporate Relationship Management Group. Barry was responsible for SVB’s relationships with the venture capital (VC) divisions of Fortune 500 companies. He was also instrumental in setting up the SVB Dublin office.

Before SVB, Barry was an officer in the Irish Foreign Service, his final posting being as Deputy Consul General to the United States. Prior to the Foreign Service, he was a strategy consultant with BearingPoint in Dublin and PricewaterhouseCoopers in Sydney.

Barry graduated from University College Dublin (UCD) and UCD Michael Smurfit Graduate Business School, where he earned a bachelor’s degree in economics and a master’s degree in business studies, respectively. In addition, Barry holds an executive master’s degree in management and strategy from the University of Notre Dame. Barry is native to Ireland and currently resides in San Francisco.