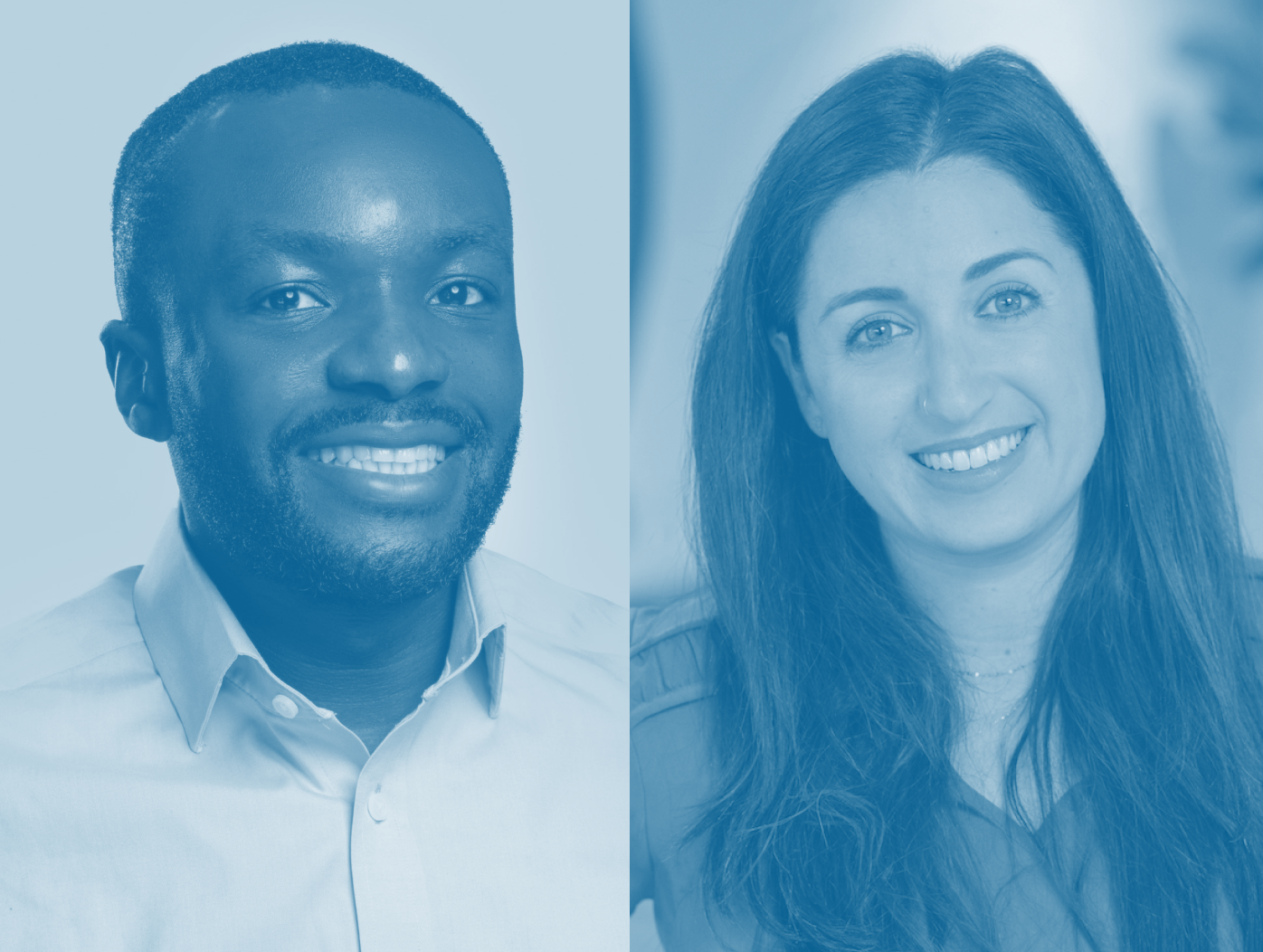 Prior to Sapphire Ventures, Demi was a VC investor at NextWorld Capital (San Francisco) and FirstMark Capital (NYC) where he invested in startups across categories such as application software, developer tools, fintech infrastructure, marketplaces and consumer healthcare. Prior to his investing career, Demi was a member of the investment banking team at Goldman Sachs where he advised on and executed M&A, debt financing and equity financing transactions for clients in the Industrials sector.

Demi studied Mechanical Engineering at Johns Hopkins University (JHU) where he graduated with Honors. He is passionate about entrepreneurship and continues to support the university’s ecosystem through various initiatives such as A-Level Capital, a fund he co-founded while in college to invest in JHU students, alumni & affiliates. A-Level Capital has invested in 30+ companies that have raised $350M+ to date.

Demi is passionate about mentoring aspiring investors and increasing diversity in venture capital and the technology industry at large. He is a member of BLCK VC and the Emerging Venture Capitalists Association (EVCA). Demi previously lived in Nigeria and Canada and enjoys soccer and skiing in his free time.

Demi: Prior to VC I studied engineering at Johns Hopkins University (JHU) and worked in investment banking. At Johns Hopkins I was deeply involved in the entrepreneurial community which led me to start an early-stage fund called A-Level Capital to invest in the JHU ecosystem. Starting A-Level Capital was a great forcing function to learn as much as I could about VC investing as well as how VC funds are structured. Starting A-Level Capital also played a major role in my decision to become a VC because in the process of raising the fund I made my first trip to the Bay Area and knew I wanted to return in a full-time capacity. My work with A-Level Capital as well as involvement in the JHU entrepreneurial ecosystem has been incredibly helpful in sourcing investment opportunities from the close network of student and alumni entrepreneurs I built in the process.

Right after college I worked in investment banking which helped me develop strong analytical and presentation skills. I still use these skills day-to-day when evaluating investment opportunities and presenting recommendations to Sapphire’s investment committee. In addition, the investment banking experience helped me build strong relationships with several colleagues who work in VC currently and whom I now collaborate with frequently.

Demi: Sales & Marketing software is one of my focus areas and one of the major trends in this category is Product-Led Growth (PLG) – the idea that the product itself has a key role to play in customer acquisition, expansion, conversion, and retention. At the heart of a PLG motion is product analytics and customer data. The adoption of PLG in the industry has created demand for a system that gives GTM teams easy access to this data as well as the ability to trigger alerts and take action based on this data. These new systems are often referred to “PLG CRMs”. Nearly every B2B software company we met in 2021 was evaluating how best to incorporate a PLG motion into their GTM strategy indicating there is strong demand in the market for PLG CRMs. The leader in the traditional CRM category is Salesforce at ~$250B in market cap and I believe that the PLG CRM category will also yield a market leader that will eventually be worth tens if not hundreds of billions in market capitalization.

Stephanie Cherrin is a Principal at Porsche Ventures where she leads the team in investments across automotive, mobility, sustainability, and intelligent enterprise startups. She has sourced and led investments in notable companies including Rally, Cresta, DSP Concepts, Bumper, among others. Stephanie spent the first half of her life in the Bay Area and the second part in Israel. She has a degree in Counter-Terrorism studies from Reichman University and a Masters in Terrorism, Security and Society from King’s College, London. Stephanie has spent most of her career in Venture Capital starting in Israel as a founding member of Krypton VC, a consumer focused early-stage fund. She then moved on to manage the Deutsche Telekom/T-Mobile early-stage venture fund where she invested in companies in the VR, 5G, Narrowband, IoT and infrastructure sectors. Upon moving to the US, Stephanie joined NFX as their Head of Network where she forged relationships with early-stage founders and investors to help the portfolio and surface new investment opportunities. Once Porsche Ventures began to scale their activities in the United States, Stephanie joined as Principal and has been with the group ever since.

Stephanie: While my pre-VC studies were more vocational for a CIA cyber warfare operative than a fundamentals-based investor, my untraditional skillset has allowed me to connect with founders and entrepreneurs in ways I would never have anticipated. What I’ve learned is that sometimes taking a circuitous path can help guide you to where you want to be. Cultural nuance is important when evaluating ideas or teams from different backgrounds. Having this understanding from working with ex-extremists and researchers from around the world has miraculously served me when applying the same evaluation techniques for founders and new businesses.

Stephanie: I do not believe my views on new and renewable energy are so contrarian as much as I believe in diversification. Focusing on one form of energy – whether battery, e-fuels, renewables, or anything else – is neglectful of the existing systems that are currently reliant on and built for fossil fuels. In particular, and probably my most contrarian view, is that I believe in the preservation of the combustion engine. We should be finding recyclable, sustainable, and alternative forms of fuel to power them. It is currently estimated that there are two billion combustion engines in use across the world. To go completely electric, these vehicles would then have to be junked and could create an entirely different pollution problem. Instead, I think it is imperative to allocate resources towards fuels that can power these vehicles, while also developing sustainable battery production and end-of-life recycling to make EVs environmentally friendly for their entire lifecycle. In a race towards net zero emissions, it is important to consider what alternative damage we are doing to the environment and find ways to fuse new with old to mitigate trading one pollutant for another.