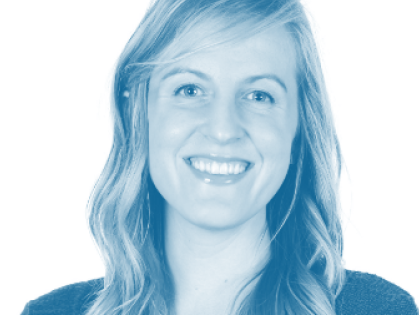 Emily Fritze is an investor at The Westly Group, a venture fund in Menlo Park that invests in sustainable energy, buildings, transportation, and industry. Before joining her current firm, she helped run Powerhouse Ventures, a clean energy seed fund and incubator in Oakland, where she invested in pre-seed and seed stage startups. Emily started her career in politics, and served as Senior Director in the Obama White House, managing climate and energy initiatives, as well as in policy roles to Secretary of Energy, Ernest Moniz, at the U.S. Department of Energy and Congresswoman Gabrielle Giffords. Outside of work, Emily loves to read, play pick-up basketball, and backpack throughout California and beyond.

EVCA:  What is an emerging technology trend that will have a significant impact on the world in the next decade?

Emily:  The cost of lithium-ion batteries has dropped 82% since 2012 and continues to drop. Every major automotive company in the world is committing to electrification. Our firm was an early investor in Tesla when Elon and his vision of an all-electric passenger vehicle was considered crazy. We're now starting to see the beginning of the electrification of short and long haul trucking, and even boats and ships. In the next decade, the way the world moves and transports people and goods will be increasingly powered by renewable electricity. I'm excited about companies building digital solutions and pioneering business models oriented around the convergence of the energy, automotive, and building sectors.

EVCA:  Describe a defining moment in your career and how it shaped where you are today.

Emily:  It was an amazing privilege to serve in the Obama White House focused on climate change and energy initiatives. There are few experiences that compare to working in The West Wing, surrounded by relics of history and significance, working alongside such smart and motivated people. Politics is not a traditional route into venture capital, but my experience working in government has offered unique insight into technology and markets, especially in the regulated energy and transportation sectors. Even though I'm now working in venture capital, I continue to be motivated by the ability to have a positive impact on people's lives.

Mikey Kailis joined Counterpart Ventures in 2018 as the first recruit to build the brand and positioning, with a focus on sourcing news deals and supporting the portfolio by making strategic customer introductions. As part of a new fund, Mikey has enjoyed being part of everything that this entails – helping the Partners on the fundraising trail, writing investment memos, forming a detailed industry thesis and more. Mikey grew up in Perth, Western Australia and spent 3-4 years consulting Tier 1 mining and resources companies. He worked with innovation and digital transformation teams, establishing PoCs with startups developing technologies that will solve some of the sector’s biggest challenges. He is also a die-hard Manchester United fan, self-proclaimed coffee snob, and enjoys long distance running.

EVCA:  What is an emerging technology trend that will have a significant impact on the world in the next decade?

Mikey:  We are generalist investors, but I’ve recently spent time covering the food industry and firmly believe cell-based “X” will have a profound impact on humanity in the next 5-10 years. To address a growing global population, the agriculture industry will need to produce 70% more food while only using 5% more land. It’s clear that the situation has become unsustainable and there’s a problem when more of the world’s population suffers from obesity than malnutrition. The social conscience in me wants to find solutions to global food challenges. I believe that cell-based meats are a step in the right direction, but there is still a long way to go before we’ll be indulging in a piece of steak created in a lab.

EVCA:  Describe a defining moment in your career and how it shaped where you are today.

Mikey:  I suppose moving my life from the quiet city of Perth to San Francisco for my first role in ventures at a newly formed fund was pretty momentous (and daunting)! Prior to that, some moments that come to mind include hosting a 2-day roundtable of mining industry executives in Nevada for a discussion on innovation and delivering a keynote with the then Chief Operating Officer of the world’s largest gold mining company, Barrick Gold.