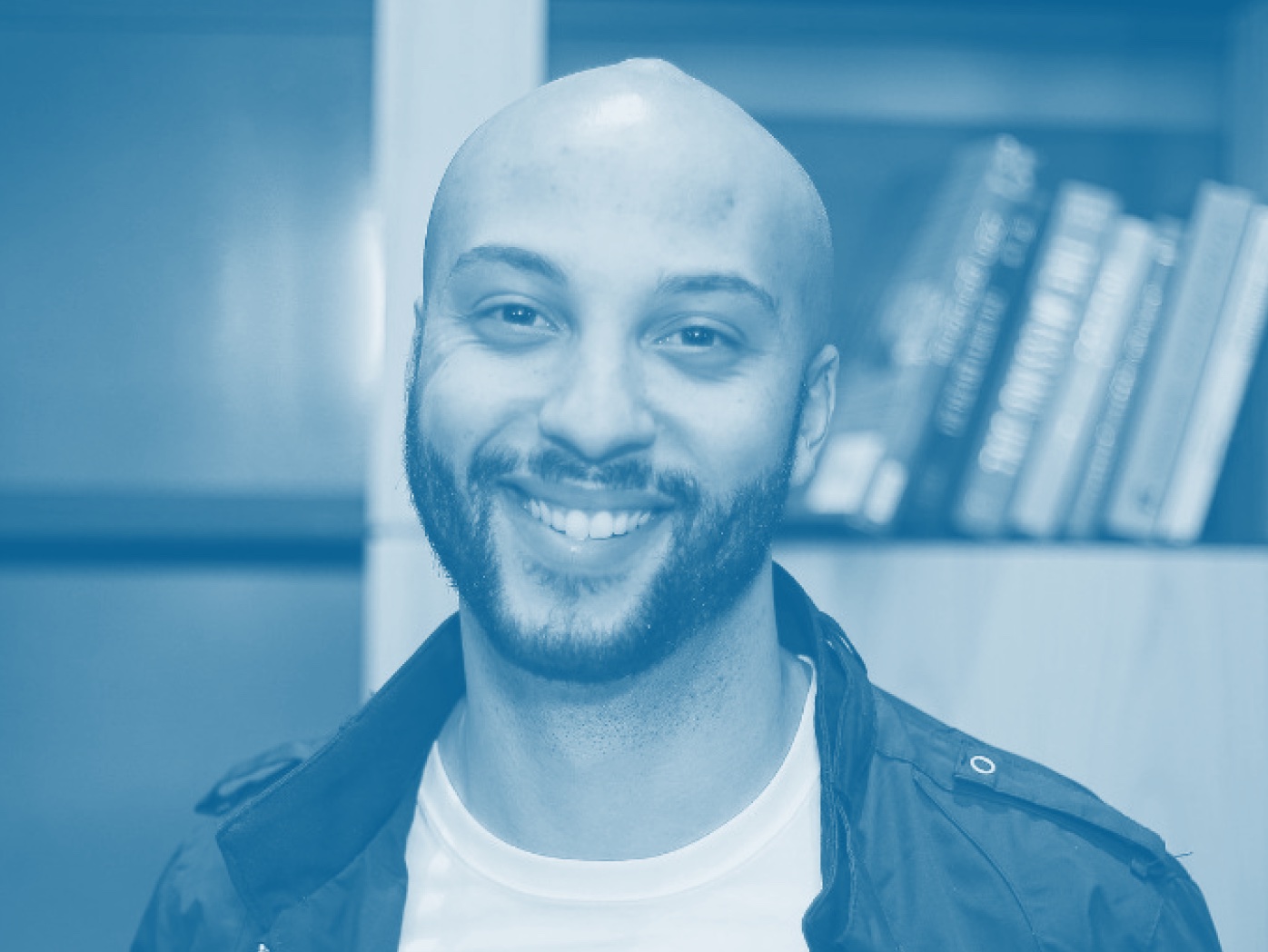 He Was a Former Partner at Storm Ventures and Co-founder of BLCK VC. Today He is Helping Lead the Early-stage VC Fund at Wellington Management. Meet Frederik Groce.

Frederik Groce is helping lead investments for the early-stage venture capital fund of Wellington Management, a U.S.-based investment management firm with over $1 trillion in assets. Frederik is the definition of dynamic growth. Upon graduating from Stanford University, he immersed himself into the world of tech, taking on a role where he oversaw many of the university’s incubator and accelerator programs. That position ultimately led him to an analyst position at the B2B-focused firm, Storm Ventures, where he rose to the position of partner within a path-blazing five years before embarking on his most recent chapter helping lead early-stage investments at Wellington Management. The essence of Frederik--if tracked only by these accomplishments of his professional career--does no justice to his story. The real-life-Frederik, as opposed to the paper-based-Frederik, is so much more.

As a kid, Frederik moved around a lot with his family. The Groces lived in more than a handful of different cities across the Pacific Northwest, as well as in cities across Texas and Ohio, staying in one place no longer than two and a half years. Growing up low-income, Frederik recalls living the majority of his childhood in motels. He was a uniquely talented and intelligent kid though, with an incredible resilience for someone who had spent an adolescence in a state of perpetual motion. When he got into Stanford University for undergrad on a full-ride, he recalls a “whole new world” opening up to him. With one stroke of life, he felt almost as if he had been “gifted” with “privilege from the day [he] got in'' to the elite university. Yet, despite his mounting successes over the last few years, Frederik has remained humble. In 2017, Frederik co-founded BLCK VC to support, empower, and advance the growth of Black VCs in the industry. The organization was his institutional answer to the dismal representation of Black investors across venture capital and the lack of support structures for them. BLCK VC, which has since grown to six chapters nationwide, reflects Frederik’s “pay-it-forward” philosophy. For all his successes, Frederik has made it a point to never forget where he came from. He now has the standing of Silicon Valley’s tech elite, but, underneath it all, he’s still that same compassionate spirit who refuses to accept the rules of the status quo.

Sam: What is your origin story? What was your pathway into venture capital?

Frederik: I was born in San Francisco, along with my twin sister. I also have a half older brother and older sister who were born and raised in Oakland. My family moved around a lot when I was younger. I grew up low-income and actually lived in motels for the greater part of my childhood. I always tell people that until getting to college, the longest I stayed consecutively at any one place was two and a half years. We moved up and down the Pacific Northwest, residing in Portland, Seattle, Santa Cruz, and San Jose. We also lived for certain stints in Texas and Ohio, where I did most of my high school education.

When I got into Stanford University for undergrad, that was a major change for me that opened up a whole new world. Stanford was just this incredibly eye-opening experience, in some ways a gift of privilege from the day I got in. My time at Stanford was a period of me just acknowledging and trying to better understand how to use that privilege in certain ways. While I was on a full-ride scholarship, I worked my entire time while in school. I was able to save up all my money so that in my junior year, I was able to buy a house for my parents and family in Ohio. I recognize that was an incredibly privileged thing to be able to do.

When I graduated, I stuck around Stanford for a couple years, running a nonprofit that oversaw some of the incubator and accelerator programs at the university. That was what gave me exposure to early-stage tech founders and the types of problems and challenges they were tackling. I used this experience to break into venture capital. I ended up joining Storm Ventures as an analyst six years ago. I eventually rose the ranks there, becoming a partner before transitioning to my current position at Wellington Management, where I am helping build out our early-stage fund right now. While at Storm, I helped co-found the organization BLCK VC, which has become an incredible community for helping connect and empower Black venture investors. We’ve become the largest Black venture community in the country with an entire full-time team. It’s been an exciting journey over these last few years.

Sam: You broke into venture capital as an analyst at Storm Ventures. Could you share more about your experience working at that firm?

Frederik: Storm is a phenomenal firm. I was very lucky to be tutored by the firm’s GPs, who run an apprenticeship-model of venture capital investing there. I got to work alongside Ryan Floyd and Tae Hea Nahm, the two founding GPs of that firm, along with an incredible team. As a firm, we focused on early-stage investments in B2B SaaS companies. What we really excelled at was helping support companies that had already found product market fit find their go-to-market fit.  We recognized that finding go-to-market fit was an important inflection point in the growth of the business. That’s where we came in. We helped early-stage founders build out their sales, marketing, and customer success engines, so that they were scalable, repeatable, and predictable as much as possible.

Sam: While at Storm Ventures, you rose from analyst to partner in a path-blazing five years. Looking back, what were the things that you did early on in your career to enable that growth?

Frederik: Venture capital is a business where you need to see cycles of innovation, new opportunities, and even failures at some level. You need to build the resilience and intuition of how to navigate this ecosystem. My track from analyst to partner was fast, but it still took me time to see a range of investment opportunities and evolutions in the market. You just can’t fast-track the time you need to spend in the industry. Venture capital is a long game.

In terms of what drove me through the rungs of the firm, it was a mixed bag--from networking consistently, building my brand, gaining expertise in a specific investment vertical, and just staying active across all fronts of the job. However, I would say that what particularly helped me along the way was that I was an active participant in setting the goals I needed to get to the next promotion. I was sure to work with the management to define what they wanted to see for me to grow into the next role.

Sam: You are a co-founder of BLCK VC, a nonprofit organization that you started to help empower Black venture investors. Could you share more about the mission of the organization and what made you start it?

Frederik: When my fellow co-founder, Sydney Sykes, and I first started BLCK VC in 2017, I was at this point in my career when I was just getting promoted from analyst to associate. In this transition, I had to start developing my network and look for mentors to help me better understand how to navigate a career in venture capital. For example, were there any hidden traps? How could I get promoted over time? How could I as a Black individual navigate this ecosystem? At that time, there had been very few Black individuals promoted into the partnership ranks at Sand-Hill-based firms. I was trying to understand why that was the case--whether that might be the status quo in this ecosystem and what I could do to change it.

It turned out I wasn’t the only one asking these questions. A lot of my other peers were asking them, and it just so happened that Sydney, who was a Harvard Alum, and I, who was a Stanford alum, were connected to the vast majority of Black individuals who were active in venture capital because they went to the same very schools that we did and had graduated oftentimes around the same time. As such, from the beginning, we had that sort of community that flowed naturally from our existing connections. We organized our first dinner at NEA’s office, bringing together about 30 individuals just to talk about these issues affecting Black VCs. It became clear that there were enough of us asking the same types of questions and who were looking for support.

Fast forward to today. As stuff got heated with George Floyd’s tragic murder a couple years ago, the community really took off. We realized we had a responsibility to advocate on behalf of the Black community across the broader venture ecosystem. We wanted to impress the understanding across the broader venture ecosystem that while these murders may seem like aberrations, there were systematic structures that existed even in the venture capital ecosystem that makes it very difficult for diverse communities to access, which can have secondary and tertiary effects. That ultimately led us to start and operate new programs that help people break into the venture ecosystem and grow as investors. We run a program called Breaking into Venture, where we help people become analysts at venture firms. We also run a program called Black Venture Institute, where we take operators from the top tech companies and teach them how to become LPs and angel investors. We also have since rolled out a scout training program to help Black scouts build networks and connect into the venture ecosystem. Today, BLCK VC has six chapters across six different cities across the U.S.

Sam: Where do you see yourself in a decade or two decades from now?

Frederik: In the future, I hope to still be stewarding the work that we are doing here at Wellington. I would like to see myself sitting on a few successful funds and a portfolio with strong positive performance. I imagine that I will still be on the board of BLCK VC, but by then, I hope that the organization would have evolved into a much larger organization, supporting actively emerging fund managers in communities of color. I also hope to continue just supporting founders and working alongside them in non-trivial ways--that is, to be the person that the founder first calls when something goes wrong because he or she feels safe in reaching out to me as a trusted partner.

I also hope I do not lose sight of who I am. I never want to stop being willing to take the time to talk to someone who’s trying to break into venture or is in the early stages of their venture career because so much of my enjoyment has been just paying it forward in little ways. I hope that in a decade or two decades from now, there will be this entire tribe of hundreds of people that I would have helped support in different ways, and that I get to have the personal satisfaction of knowing that the work I’m doing is having a positive impact.