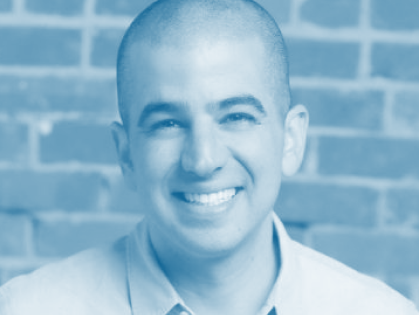 He Went From Working on a Banana Farm to Selling His First Company to Cisco in the Span of a Decade. Meet Lior Susan, Founding Partner of Eclipse Ventures.

Lior Susan is founding partner at Eclipse Ventures, a venture capital firm that invests in companies disrupting old-line industries. To talk to Lior is to glimpse at the physical embodiment of Silicon Valley’s mantra of “build and break fast.” All his life, Lior's been building and breaking things so fast that if you told him 10 years ago that he would be a venture capitalist running his own fund, he would have laughed at the preposterousness of the thought. Yet today his track record is the stuff of Silicon Valley dreams. He sold his first company, Intucell, for $475M to Cisco when he was still in his early 20’s. After a stint running special projects for the CEO of a Fortune 500 company, he then joined the ranks of storied Silicon Valley entrepreneurs by starting his own venture capital fund.

But Lior is far more complex and interesting than just his career achievements. He grew up in an egalitarian kibbutz community in Israel. Dropping out of high school as a teenager, he worked as a banana farmer and then went on to serve as an officer in the special ops team of the Israel Defense Force. These formative years not only instilled in him that particular humbleness of international experience but also the life philosophy of putting people first. Lior considers his co-workers his “family.” When you first meet Lior, he will greet you with a smile that reaches to the corners of his eyes. He’s the type of guy that so seamlessly straddles the spheres of the office and the home, viewing his passion as his work. Lior’s the very type of guy whose story represents the stuff of Silicon Valley dreams.

EVCA: What is your origins story? What did you do prior to joining venture capital?

Lior: I have a weird background--meaning I did not grow up as an engineer, nor did I even go to a university.  Originally, I'm from Israel, where I grew up in a kibbutz community. For people not familiar with kibbutz, it’s essentially a socialist community--you don’t have a bank account or your own car. You work and live together with other families, and you all contribute together to the same society. When I was a teenager, I dropped out of high school to go work in a banana farm in the kibbutz. After that, I joined the military and was part of the Special Forces team. I was in service for eight years.

When I finished with the military, my younger brother was starting his company, Intucell, and I joined him there. At Intucell, we built self-optimizing network software that helped mobile carriers essentially squeeze more from their existing infrastructure. We raised $5M from Bessemer Ventures and sold the company to Cisco a couple years later. Soon after that, I arrived in the Bay Area where I met Mike McNamara when he was the CEO of Flextronics. I decided to join him at Flextronics for three years before launching Eclipse Ventures.

EVCA: After selling your company Intucell to Cisco, you moved to the Bay Area to work at Flextronics. What was it like transitioning working from a startup you had built from the ground-up to a large, Fortune 500 company?

Lior: It was an amazing experience. I had never worked for anyone before joining Flextronics. There I was--25 years old, really no education, really no understanding of what are Fortune 500 earning calls, audit committees, legal, treasure, and so forth. What I did know was how to “build and break.” I met Mike McNamara, the CEO of Flextronics, and it was kind of “love at first sight.” In one of our first meetings, Mike told me “Hey, you like to build? Great! We have 150 factories around the world. We build a lot. Come help me build this team that is tasked with creating small startups inside Flextronics, so we can bridge the chasm between our current business and where I want us to go.”

I joined him, and I loved it. Mike was amazing to me because he gave me a free ride to explore and break a lot of the systems internally. It did not come without casualties… I did have a couple of casualties from doing things that you are not supposed to do in a Fortune 500 company! But, I think that was Mike’s idea. He wanted me to kick the “soft stomach” a little bit and help him move this big and heavy organization.

You’ll be surprised what you’re capable of when you just decide to dive in 100 percent!

EVCA: After working at Flextronics for a few years, you ultimately started your own venture firm, Eclipse Ventures. What was your motivation for starting Eclipse?

Lior: We started Eclipse Ventures in April 2015. As I came from a background at Flextronics, it was clear to me that the venture capital community wasn’t really interested in or didn’t really understand the industries about which I was passionate--which were what I called “old line” or “tech laggard” industries. This included industries like energy, defense, automotive, industrial, communication, transportation, and aviation. At the time I started Eclipse, the venture community was not looking at these markets, perhaps believing it was too hard to change those industries. I wanted to do something about it. I talked with a couple of my mentors. The one who influenced me the most to start the venture firm was Jerry Yang, the founder of Yahoo. I told Jerry that I really wanted to help and build companies in those industries, and he told me to go start a venture firm. Back then, I knew nothing about venture; I had never made any investments. Then I got introduced to Pierre Lamond, who was a long-time venture guy and had worked previously as a GP at Sequoia Capital and Khosla Ventures. That was the beginning of 2015. In April that year, we launched the firm.

EVCA: You worked at a banana farm, was in military service for over 8 years, built and sold a company, and started your own venture capital firm. What was the most critical lesson you learned along the way?

Lior: When I look back and stop for a second to ask myself what was the exact road between my unstructured background and where I am today, I would say the key thing was building small, very high-functioning teams that moved fast and had lot of trust within them. This is a lesson I learned from working on the farm in my youth. Even when I was the youngest one by far, there was a lot of trust in me. I was trusted enough to drive the tractor or take on another task that others might consider me too young for. Team-building naturally continued when I joined the military and rose up the ranks there. Even inside Flextronics, where I started working when I came to the Bay Area, I was the one building those small teams that moved fast. Investing my time in building small, high-functioning teams that run on a foundation of trust is what propelled me along the way.

EVCA: Throughout your career, you made moves into new roles and industries about which you may have not had the experience or knowledge before undertaking them. How did you manage making such big jumps in your career along the way?

Lior: I never think five steps ahead. I always think about my next step, and I put all of my energy there. If you would have told me 10 years ago that I was going to live in the Bay Area and manage a venture firm, I would have laughed. Firstly, I didn't really have any knowledge about venture, and secondly, I really liked to build, so I would have guessed that I would have continued to be an operator. When I started out, I didn’t really have an idea about how I was going to jump from Israel to the Bay Area to join Flextronics and then start my own venture fund. Life has its own dynamic, taking you to places you don’t expect. It just happened. It was always my passion to build. When I figured out I wanted to help other people build, it just made sense for me to start a venture firm.

EVCA: Given your past experiences, what advice would you give EVCA members as they embark on their career?

Lior: I have this general belief that humans need two things. They need a skill in something that they think that they are 10 x better than others. They also need luck. I’ll give you an example. I love basketball. LeBron James also loves basketball. LeBron James is obsessed with basketball, and he played for 12 hours a day from the age of five. Even if I were to play basketball for 12 hours a day from the age of five, I will never be LeBron James because I'm not skilled in basketball. God didn't give me what he gave Lebron James. This is true across Steve Jobs, Elon Musk, Shakespeare, Gordon Ramsay. Across the board, there’s this same magic that happens between passion/obsession and luck.

My point here is to find an area that you believe you are 10x better and give everything you have to focus on that. You can do research; you can do outbound; you can go to board meetings and conferences; you can make investment theses. There are so many things you can do. Try to find something you’re passionate about and hopefully 10x better, and just focus all your time on that. That’s what will make you unique.

EVCA: Where do you see yourself in 10 years?

Lior: If you told me 10 years ago, “Lior, you’re going to be the dad of two beautiful girls, and the only thing you care about is making them pancakes every morning, after which you go off to your job being a venture capitalist at Eclipse,” I would have laughed at you. Yet ten years from now, I really hope to be in the exact same place as today--spending time on family and my Eclipse family. I would be very happy.

Lior founded Eclipse Ventures to meet the unique and unmet needs of entrepreneurs building full-stack start-ups. He is particularly excited to work with founders who want to bring the full-stack approach to legacy industries and build digital bridges to the physical world. Lior believes that complex problems require multidisciplinary solutions, and he likes to partner with audacious founders with big ideas.

Prior to launching Eclipse, Lior was Founder and General Partner at LabIX, the hardware investment platform of Flextronics. LabIX brings together startups, OEMs, and technology partners across the entire hardware ecosystem. At LabIX, Lior led investments in companies across: energy storage, wireless/infrastructure, 3-D optics, additive manufacturing, and robotics.

Lior also co-founded Farm 2050, an AgTech Collective, with Innovation Endeavors to address the global food challenge. Prior to LabIX, he was part of the founding team of Elementum, the Flex proprietary SaaS platform, which was later spun out. Before moving to Silicon Valley, Lior was a serial entrepreneur in Tel Aviv, where he helped build Intucell, which was sold to Cisco in 2012.

Lior is a (Res) of an elite Special Forces unit in the Israel Defense Force.