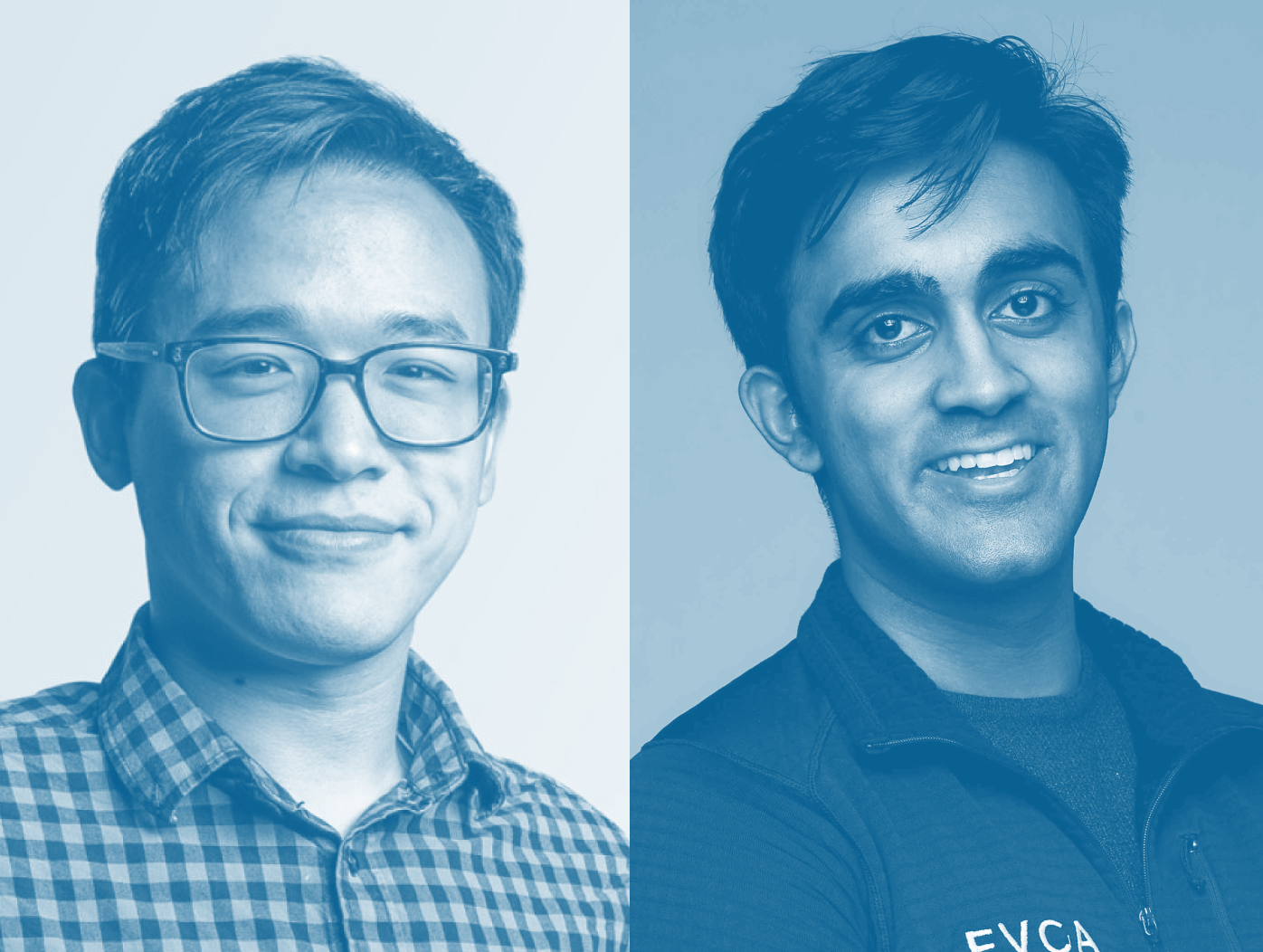 The EVCA leadership is dedicated to building community across and empowering the next generation of venture capitalists through an array of activities—from hosting events, knowledge sharing, and connecting others. This EVCA Leadership Spotlight Series is intended to help the broader community get to know what's going on behind the scenes at the EVCA, as well as highlight the valuable contributions of those individuals who make the EVCA possible. Accordingly, it's a great privilege for us to announce this EVCA Leadership Spotlight on our very own EVCA AI/ML Vertical Leads, Kenn So of Shasta Ventures and Arjo Mozumder of Point72 Ventures.

Kenn So, Associate at Shasta Ventures

Kenn So is an investor at Shasta Ventures where he focuses on machine learning and quirky/sleepy/boring SaaS applications, just like a lot of other VCs. What's different is he moved to the US only a few years ago where he learned about venture and fell in love with it. Growing up in a family of restaurateurs in the Philippines, he's a foodie. Naturally, he gained weight going through quarterly food phases with DoorDash during the quarantine. One quarter it'll be pizza, another quarter it'll be acai bowls.

EVCA: Could you explain more about what you do in your role as AI/ML Vertical lead at EVCA?

Kenn: Along with Arjo, I lead the AI/ML vertical at EVCA. We organize events such as fireside chats with senior AI investors and webinars on the latest in machine learning landscape. The last one was about how upcoming AI regulations with affect venture. And there's more planned in the coming months. We also mentor EVCA fellows from time to time and currently are fortunate to be working with fellows Andrew Franks and Rahul Rana.

Kenn: I think it boils down to two things. First, I just like to share what I find exciting to a group of people with shared interests. In this case, it's about machine learning. Second, it's a great way to spend more time with other investors like Arjo, the EVCA leadership team, and rest of the community.

Kenn: I think the public markets, and especially SaaS stocks, are overvalued. There are anecdotes that modern companies grow faster than the last generation. When I looked at the data, that's false. The current crop of SaaS companies going public is growing at a similar clip but burning a lot more cash. I believe that there will be a valuation squeeze in the next 12 months - hopefully that doesn't mean some of us junior VCs get fired though. That said, I'd like to hear from others why I'm wrong just like how I'm turning from being a crypto-skeptic to crypto-curious.

Arjo Mozumder is an investor on the Deep Tech team at Point72 Ventures, the venture arm of the multi-strategy hedge fund. Arjo's core focus is on the automation and disruption of legacy industries, with an emphasis on emerging applications of AI/ML. Over the past 4 years, he has made investments across several industries including manufacturing, e-commerce, real estate, and professional services. Arjo studied Finance and Applied Statistical Modeling at the University of Texas at Austin, having grown up in Dallas. Outside of the job, Arjo is involved with non-profit work in the arts and urban policy, and he spends his off hours dedicated to music and travels.
‍

EVCA: Could you explain more about what you do in your role as AI/ML Vertical lead at EVCA?

Arjo: As the AI/ML lead for EVCA alongside Kenn (and previously Tiffany at Gradient), the role continues to evolve. We generally try to curate a community of talent that can build each other up in terms of their impact as AI investors. We are in the unique position where our area of focus is frequently evolving with new advancements in academic research, but also highly sensitive to regulation arising from concerns around privacy or ethics. Both of these factors require a certain degree of translation and mutual knowledge sharing that it's our responsibility to facilitate – we exchange new research and content within our group, as well as bring in subject matter experts to share their thoughts. We have two fellows this year, Rahul and Andrew, who support us in these roles and have been performing periodic deep dives in areas such as healthcare and ML infrastructure.

Arjo: I don't think I had much of a choice – some of the founding team and officers were the first few close friends I made after moving out to the Bay Area. As with VC in general, it's a blessing to be able to blur the line between the job and doing what most of us already do naturally: building high quality relationships and deepening the ones we already have. My interest in this role specifically stemmed from that 'responsibility to facilitate' mentioned earlier – since college, I've seen how powerful it can be to get the right people together in one place, developing a common language and knowledge base. What sets EVCA apart from most organizations is that our members collectively influence the flow of hundreds of millions of dollars, and the incremental value of a more aligned, more educated community can have a massive impact on the areas in which we play.

Arjo: I had the benefit of knowing I wanted to work in this industry relatively early, while most people my age were still figuring out what they wanted to do with their lives. The original thesis has held true: there are few other jobs where success is so closely tied to your ability to rapidly build knowledge, synthesize, and translate to real world value. The process and the mental models it creates are continuously reinforced by new information: everything from market diligence to tracking the successes/struggles of your portfolio companies. My favorite moments tend to be the conversations with the highest information density towards that end – 1:1s with CEOs or industry experts.

My least favorite thing is the tendency in our industry towards groupthink. Admittedly I haven't been perfect about this myself, but there is a disappointing regularity to hearing "they just don't do [deal that isn't a very specific shape of subscription revenue business] at [brand name fund]" from founders who are doing incredible work. A category of business may suddenly become "hot" because of a few high-profile exits or markups, and then everyone arrives years late to the party to drive up valuations – on the same fundamentals that too few people were willing to underwrite before. There is also data to show that investors are much more likely to co-invest with others of similar background or ethnicity, and that the pattern correlates negatively with success. I have faith that this will get ironed out over time, as the data continues to support that fortune favors the bold. In the meantime, here's hoping I end up in one of the good case studies.