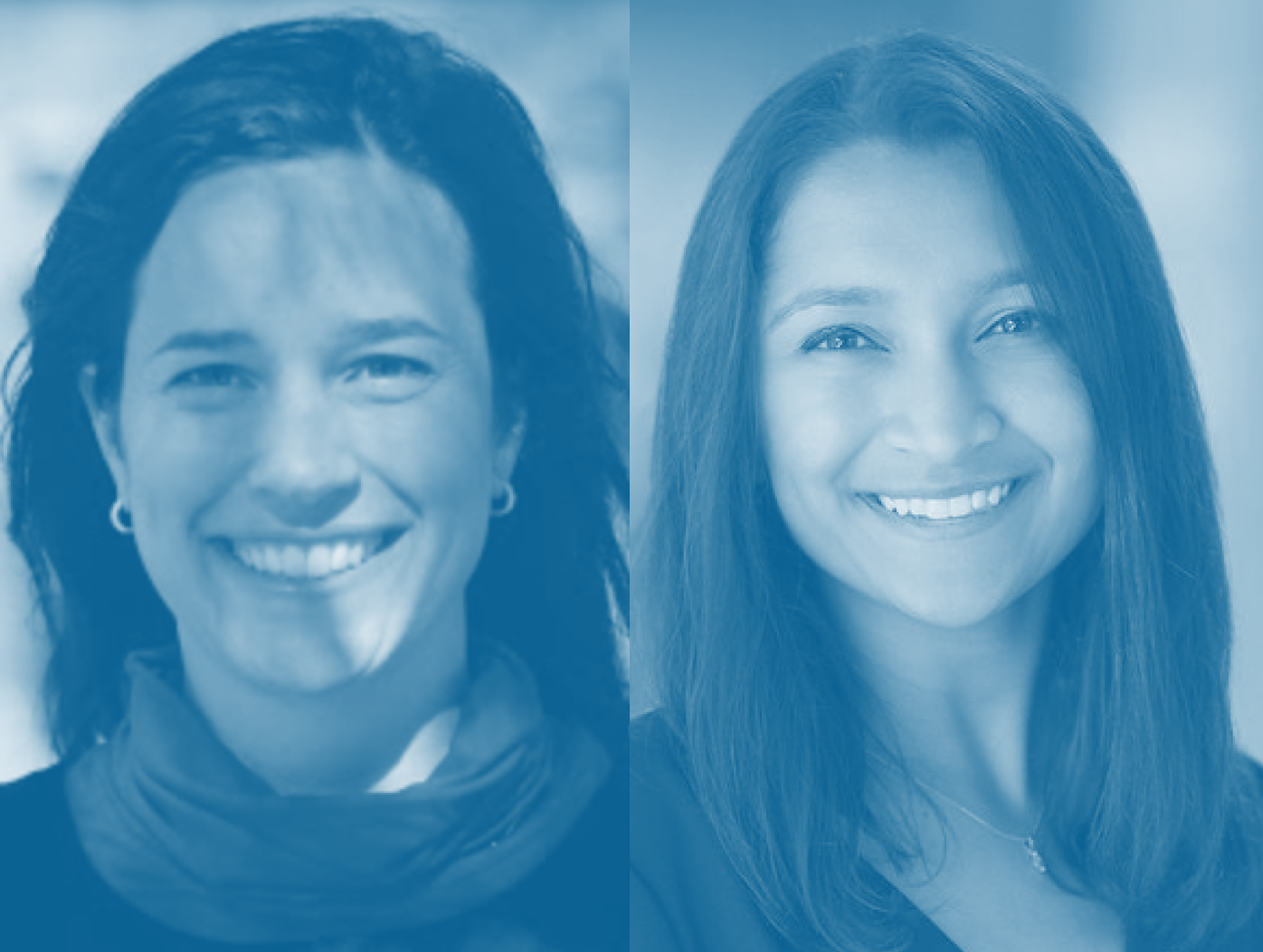 The EVCA leadership is dedicated to building community across and empowering the next generation of venture capitalists through an array of activities—from hosting events, knowledge sharing, and connecting others. This EVCA Leadership Spotlight Series is intended to help the broader community get to know what's going on behind the scenes at the EVCA, as well as highlight the valuable contributions of those individuals who make the EVCA possible. Accordingly, it's a great privilege for us to announce this EVCA Leadership Spotlight on our very own EVCA FemaleFunders Vertical Leads, Kira Noodleman of Bee Partners and Natasha Sharma of True Ventures.

Kira Noodleman is a partner at Bee Partners, where she relishes working with new and disruptive technologies across cultures, discovering young companies, and nurturing the careers of passionate Founders. Her background in working internationally with software giants preceded a Haas MBA where she developed a deeper interest in startups and investing.

EVCA: Could you explain more about what you do in your role as FemaleFunders Vertical lead at EVCA?

Kira: Natasha and I are the co-leads of the EVCA's #femalefunders track; we host events quarterly and build community. Our give and get for speakers is the opportunity to share their story which impacts more women rising up in venture - this is the largest non-GP Bay Area female VC group, with 130+ women engaged actively...a little like a self-organized All Raise.

Kira: I want to be a driving force to include women in this next wealth generation cycle.

As VC's, we have tremendous power to impact the pipeline issue, and be allies to female founders.  With startups financed by all-male VCs, there is a whopping 25 percentage-point difference in the exits of female-led and male-led startups. Yet when startups are financed by VCs with female partners, that difference disappears (source: HBR) - and by many measures female founders outperform their male counterparts. Beyond my passion for supporting women, there is simply an insane business case to do so.

Kira: Machines are taking over the dull, dangerous, and dirty jobs so humans can focus on what we do best: create, explore, innovate. How can we speed up this brighter, machine-enabled future? By building machines that learn from each other. Read more about machine-to-machine learning–M2ML–in my latest insight paper https://lnkd.in/gKhTb3dM
Innovation in this space happens in waves: (1) discovery, (2) building and testing, (3) nailing and "horizontalizing". Throughout this process, customer ROI is front and center.
What is most exciting? Constant improvement. When a company hits a performance limit, it must ask itself: is our system fully optimized? If a new way to achieve greater efficiency (with meaningful ROI) is identified, then a new micro cycle begins. Though these cycles are constant, they are not necessarily continuous, since many times they depend on external shocks to initiate them.

‍Natasha Sharma is a principal at True Ventures. Having grown up in the Bay Area, Natasha witnessed the burgeoning of Silicon Valley’s technology scene and now applies that lens in her role at True Ventures when investing in some of today’s most imaginative founders. She aims to bring empathy to the VC-founder relationship and demonstrate a culture of conscious leadership among founders, teams, and boards. During her past five years at True, she’s volunteered with All Raise and been a liaison for the True Ventures Fellowship, which pairs college students of all backgrounds with True portfolio companies to help create more pathways for careers in technology.

EVCA: Could you explain more about what you do in your role as FemaleFunders Vertical lead at EVCA?

Natasha: I’ve always felt disheartened to hear how many women drop out of venture capital at the analyst and associate levels. Something isn’t working if these women aren’t able to find their footing in the industry. A big part of what I do within the EVCA is help to create shared spaces where our community can ask questions without fear and judgment, and with the right people in the room to have those questions answered.

For one event we hosted, True’s Chief Financial Officer, Ulrike Kellmereit (who is a force), and our Chief Operating Officer, Jim Stewart, joined us for an ask-me-anything about term sheets – not just what they include but how to think through them on a granular level.

While that dealt with tactics, we also seek to inspire with career stories like that of Heidi Roizen, partner at Threshold Ventures. To keep women progressing with their careers in VC, we need to illustrate that not all journeys look the same and there’s actually a lot of beauty to be found in the struggle. Growth should feel a little uncomfortable.

Natasha: When I joined the VC industry in 2017, EVCA was a small group of under a dozen. Now there are more than 800 members all over the world. Having a space to connect with industry leaders and bounce ideas off of peers let me shed some of the imposter syndrome everyone feels when they’re starting out. Knowing what the EVCA did for me early on made me headstrong about playing a role in the organization’s future and extending the same generosity to the next generation of women investors. Plus, if we want to collectively invest in more women founders (only 2% of venture capital went to women in 2021), we need to do everything we can to ensure our industry’s makeup reflects the diversity in the world.

Natasha: I'm really excited by companies seeking to unlock the power of plants to cure diseases, repair environmental harm, and fix our broken food system. On the food front, the number of people who eat plant-based meats is growing. It’s not just vegetarians and vegans, but so many people who want more sustainable options. Plant-based meat production requires 72-99 percent less water than conventional meat. It also requires less use of agricultural land, so there’s less damage done to the environment. We’ve invested in a good half dozen companies playing a part in a more sustainable food system. This is just the beginning of harnessing the power of plants.