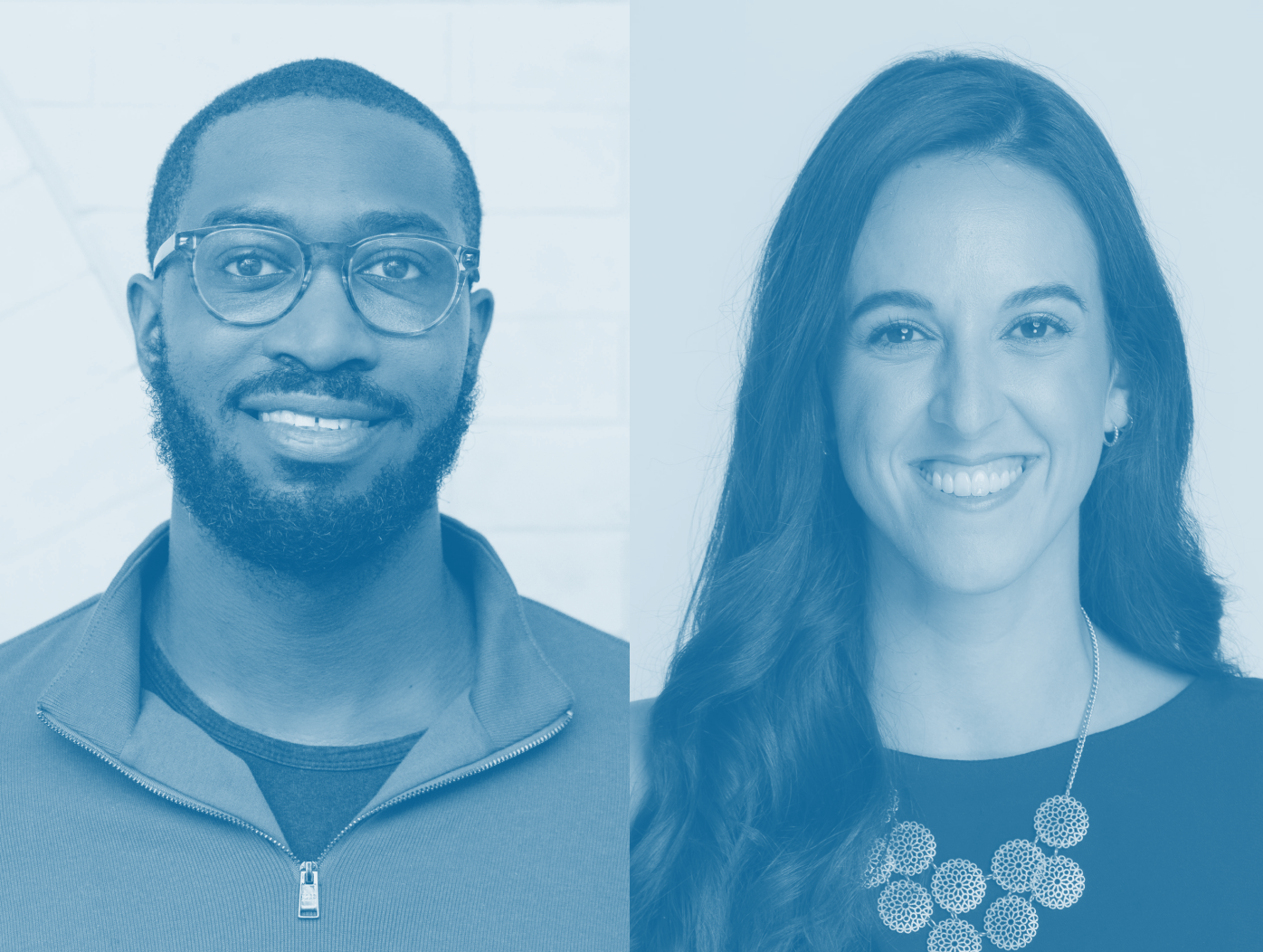 The EVCA leadership is dedicated to building community across and empowering the next generation of venture capitalists through an array of activities—from hosting events, knowledge sharing, and connecting others. This EVCA Leadership Spotlight Series is intended to help the broader community get to know what's going on behind the scenes at the EVCA, as well as highlight the valuable contributions of those individuals who make the EVCA possible. Accordingly, it's a great privilege for us to announce this EVCA Leadership Spotlight on our very own EVCA Los Angeles Chapter Leads, Jenieri Cyrus of Urban Innovation Fund and Gabriella Brignardello of Fika Ventures.

Jenieri Cyrus is an Associate at the Urban Innovation Fund, a venture capital firm that invests in the future of cities. Previously, Jenieri served as an Associate at AEW Capital Management, a real estate investment manager, where he was responsible for sourcing, performing due diligence, and closing commercial real estate transactions and developments. As a graduate student, Jenieri worked at venture capital firms Benhamou Global Ventures, Green D Ventures, Navitas Capital, and Dundee Venture Capital. In these roles, he developed domain expertise around early-stage real estate technology, construction technology, and B2B SaaS. He earned his MBA from the Kellogg School of Management and BA from Dartmouth College.

EVCA: Could you explain more about what you do in your role as Los Angeles Chapter lead at EVCA?

Jenieri: As the Co-lead of the LA Chapter of EVCA, I work alongside Gabriella Brignardello to host events and programs meant to foster an inclusive community for pre-partner VC professionals in the SoCal area. The role has mostly consisted of planning engaging events and welcoming VC professionals who may be new to the area by providing relevant introductions and being a point person for any all things VC related in the SoCal area.

Jenieri: EVCA was a big catalyst in building out my network in VC when I moved to LA and started my career in July 2021. I immediately felt welcomed by the industry and found myself gravitating towards individuals who I met through EVCA. I wanted to play that role for other investors who may just be getting started in the industry or who are new to the LA ecosystem. It seemed like the best way to pay forward all of the benefits that EVCA provided me in my nascent VC career.

Jenieri: Any fintech company that is not thinking about the impact financial fraud WILL have on their business day 1 is destined to get burned. Not sure this is a contrarian view from an investor standpoint, but it always amazes how often early stage founders neglect this issue and don't put the systems in place to mitigate fraud risk in their business. As we approach what many believe to be a recessionary environment in 2023, I have started to hear anecdotally from later stage fintechs that preventing and alleviating risk fraud risk has become a much higher priority. Early stage fintech entrepreneurs should be able to articulate how they believe fraud will impact their business and the steps they will take to counteract. I also believe there is a large market opportunity for a company to address some of these risks as many of the fraud prevention vendors that I hear about from founders come with a mixed bag of customer satisfaction.

‍Gabriella Brignardello is a Vice President at Fika Ventures, a Los Angeles based early-stage fund investing in primarily fintech and enterprise software. Gabriella began her career as a consultant at Parthenon in the private equity practice before transitioning to a venture role at WndrCo, a consumer tech multi-stage fund. She holds a BS in Symbolic Systems: Human Computer Interaction from Stanford.

In her free time, you can find Gabriella working on the WSJ crossword, playing Settlers of Catan, or hanging out at the beach with her dog, Beau. She is also very involved in fundraising and operational initiatives for Mi Casa de Angeles, the 501c3 nonprofit she founded in 2009 with the mission of improving the quality of education in underserved areas of Peru, her father’s home country.

EVCA: Could you explain more about what you do in your role as Los Angeles Chapter lead at EVCA?

Gabriella: Jenieri Cyrus and I are the LA Chapter Co-Leads for EVCA, which involves being a ‘connective tissue’ of sorts for the LA pre-partner/junior partner ecosystem. We both share the mission of making the LA EVCA community as inclusive and accessible as possible. This manifests itself in a number of ways – from simply introducing investors with shared interests to organizing events for the broader community. In fact, we just hosted a very fun and festive ~Spooky~ Halloween Party – costumes included!

Going forward, we plan to continue to host happy hours for members to get to know each other better as well as more intimate gatherings, like small group dinners or game nights. If you have ideas for fun get-togethers, please reach out to us!

Gabriella: I joined EVCA during the spring of 2021 as I was starting my new role at Fika. This was also right around when vaccines were starting to become widely available and many were starting to get comfortable with meeting up IRL again (after forgetting what it was like to shake a stranger’s hand or sit at a small two-top over a cup of coffee). I have to say that joining EVCA was very instrumental in expanding my network of other young investors – both in LA and across the nation. I appreciated how willing and excited other members were to meet (virtually and/or IRL) and swap notes on sectors/themes we both were spending time on or to just hang out. In this role, I hope that Jenieri and I can continue to make our LA venture community feel inclusive and accessible so that others who are new to venture and EVCA share a similar experience.

Gabriella: I believe venture capital relies too heavily on groupthink and consensus driven decision-making for anything to be truly contrarian. So rather than postulate on this forum, I’ll share a few (neither novel nor contrarian) ‘themes’ I’ve been exploring lately:

Email me at gabriella@fika.vc if you’re interested in riffing on any of these or anything else!