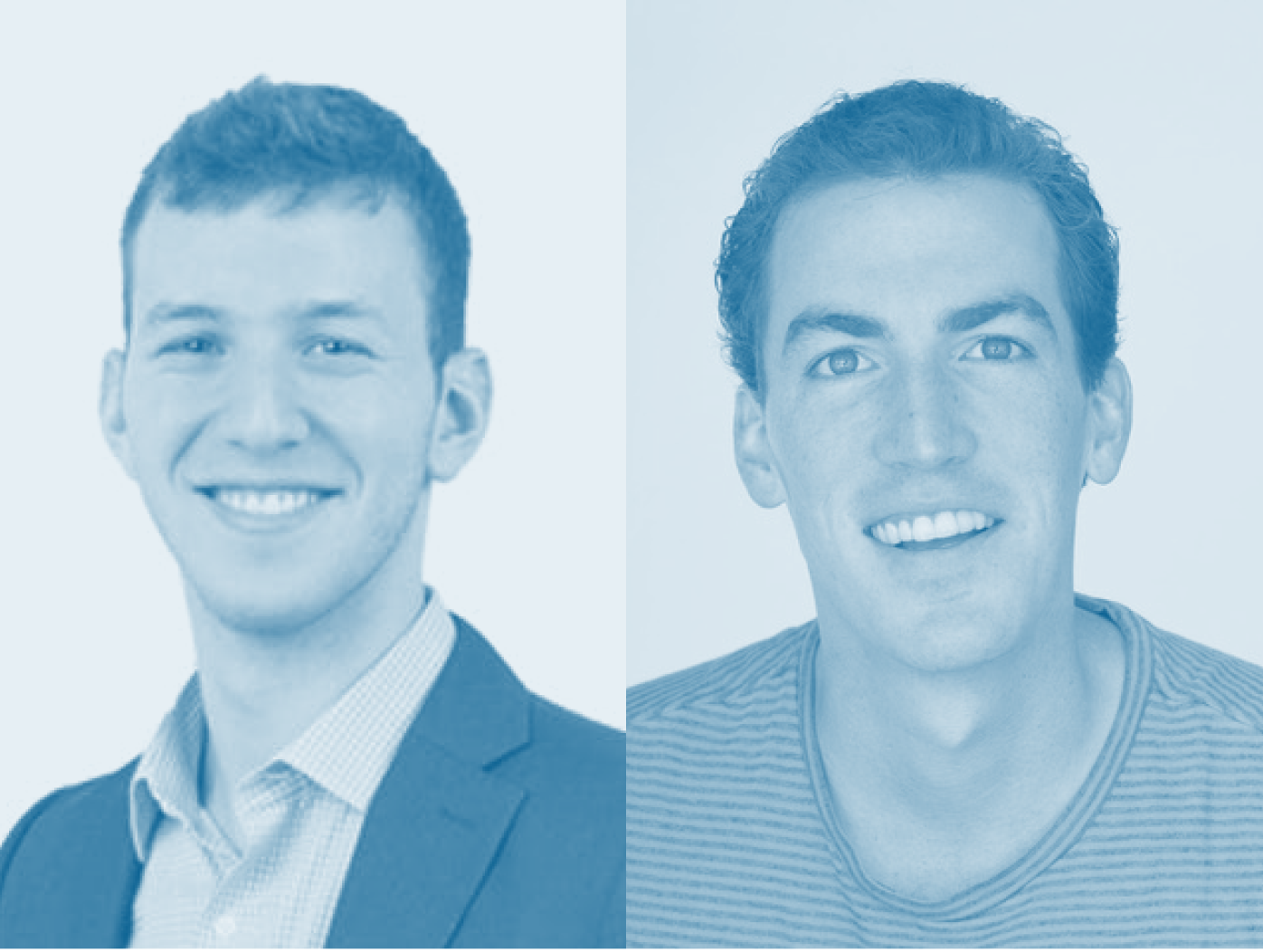 The EVCA leadership is dedicated to building community across and empowering the next generation of venture capitalists through an array of activities—from hosting events, knowledge sharing, and connecting others. This EVCA Leadership Spotlight Series is intended to help the broader community get to know what's going on behind the scenes at the EVCA, as well as highlight the valuable contributions of those individuals who make the EVCA possible. Accordingly, it's a great privilege for us to announce this EVCA Leadership Spotlight on our very own EVCA New York Chapter Leads, Henry Magun of New Enterprise Associates (NEA) and Ned Berman of Differential Ventures.

Henry Magun is an investor at New Enterprise Associates (NEA), where he joined in 2018. He is based out of NEA’s New York City office and primarily focuses on early-stage enterprise and consumer technology investments, with a particular interest in industrial automation. Prior to joining NEA, Henry worked for Nebia, a green tech startup in San Francisco. Henry holds a BS in Mechanical Engineering from Stanford University.

EVCA: Could you explain more about what you do in your role as NY Chapter lead at EVCA?

Henry: As a NY Chapter Lead, I help build community among NY-based EVCA members through events and the cohort program. Additionally, I am a member of the EVCA Fellowship leadership team, for which I coordinate bimonthly discussion groups between EVCA Fellows and EVCA members.

Henry: When I joined as a member, I found EVCA to be extremely valuable both in terms of the community that it fostered as well as the resources that it provided. As someone who has benefited from the organization, I felt enthusiastic to take a leadership role and help drive it forward.

Henry: Though it experienced steady growth throughout the early 20th century, the US manufacturing sector saw a sharp decline in employment between 1980 and 2010. Throughout this period, US manufacturers started outsourcing production to newly accessible economies, such as China, which resulted in significant supplier consolidation as mega-contract manufacturers developed. A prevailing sentiment has since developed that the market of small-mid sized manufacturers in the US is on the decline, however, I believe that we are entering a period of growth for enterprises in this category. Over the past 18 months, the COVID-19 crisis has unveiled numerous weaknesses in our existing supply chains, attributable to the consolidation that occurred over the past few decades. What were previously geographically concentrated supplier networks with single points of failure will have to be updated to be complex, distributed ecosystems of production facilities with redundant capabilities and flexible demand. In order to cope with this increased complexity, suppliers must become more agile, digital, and automated. While many of the technologies that enable this digital transformation have historically been accessible only to the high-end of the market, a new class of technology providers has emerged that is focused on enabling small-mid sized manufacturers to digitize their processes and compete with larger or overseas providers. As buyers look to harden their supply chains and avoid future choke-points, I believe that we will see a mass decentralization of manufacturing that will drive growth in the US small-mid sized manufacturing sector.

Ned Berman is an early-stage investor at Differential Ventures focused on data-centric startups. Previously, Ned was a senior investment manager at Samsung Catalyst Fund, a multi-stage venture fund investing in core technologies. Prior to Samsung, Ned was a venture fellow at New Enterprise Associates (NEA) on the technology team. Before NEA, he covered public equities investments in TMT, industrials, and retail at Stadium Capital Management. Ned is also a member of the Dean's Council at the Thayer School of Engineering at Dartmouth College.
‍

EVCA: Could you explain more about what you do in your role as NY Chapter lead at EVCA?

Ned: As the Chair of the NYC chapter, I have a relatively straightforward role: allocate budget and oversee programs. Luckily, most VCs I've had the pleasure of meeting or working with are driven, self-starters, so I do my best to get out of the way and support the programs they want to launch. Program types have ranged from getting a speaker series/luncheon off the ground to piloting what is now our national Cohort program. Henry Magun, Allison Xu, and Alex Nguyen have done most of the heavy lifting, and it's been exciting to see all they've managed to accomplish.
‍

Ned: Venture is a black-box career in large part because each fund and investor operate differently with long feedback cycles. The path to success in this job is murky at best. It can be challenging to understand and learn various ways to attack the multiple roles early-career VCs have. Furthermore, there are a wide variety of approaches to evaluating startups at different stages in a wide variety of industries and structures for investment. EVCA's mission was to create intimate relationships between young VCs to help one another professionally and socially. So, I got involved because I was excited by the idea of creating a close-knit community that would help each other navigate those waters, and as a way to help give back to a community that has been so supportive to me.

Ned: This view is not necessarily contrarian as much as less popular today. I love hardware and full stack investments. While I will continue to invest in software as it is terrific for many reasons, I think hardware is one of the few places where we haven't seen the same level of round inflation. Furthermore, I think a lot of the software innovation we see now has outstripped today's hardware capabilities making hardware the current bottleneck. The pendulum seems to be swinging back toward a need for critical hardware. Plus, with the geopolitical situation we now have, it's possibly the right time to capitalize on government subsidies making this innovation cheaper.