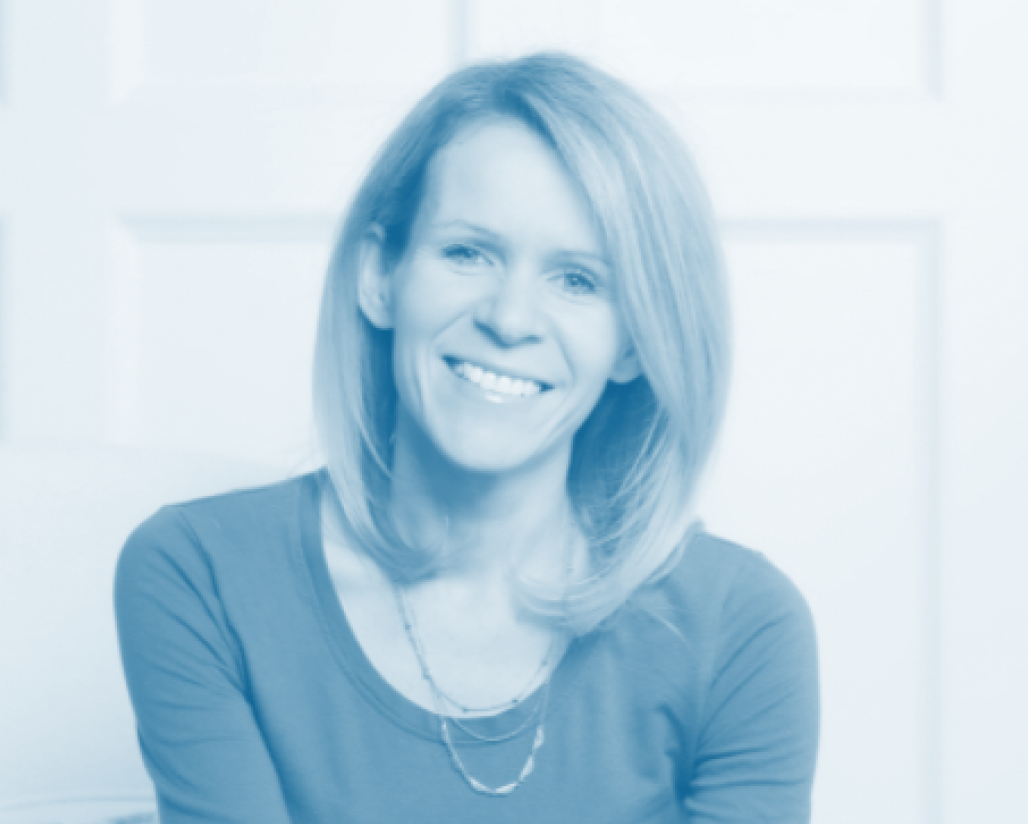 Aidan Madigan-Curtis is a partner at Eclipse Ventures, a venture capital firm that invests in companies disrupting old-line industries. Aidan has one of those meteoric career arcs that typify the Silicon Valley ethos of hyper-scale growth. She grew up with just her mother in a small town in the Canadian Rockies, where she recalls that, as a kid, she never would have dreamed of going to an Ivy League School, let alone a college in the U.S. As such, when she received her admissions letter to study at Harvard University during her senior year in high school, her family had processed the life-changing news with celebratory disbelief. It was at Harvard where Aidan realized that the trajectory of her life had irrevocably changed and that the opportunities in the world were not only rich with promise but far vaster than she previously had imagined. After college, emboldened by a passion for impact and equipped with an education in economic development, Aidan took her first job at Bridgewater Associates, the influential multibillion-dollar investment management firm, where she stayed for five illustrious years, rising to the level of director. After getting her MBA at Stanford, she ended up joining the global operations team at Apple, where she was responsible for building out the company’s first SiP (System-in-Package) manufacturing process and facility for the Apple Watch. The project was so successful that Apple ultimately tasked her team with rolling out the manufacturing process across all other products, prompting Aidan, in the search for a new growth opportunity, to join an early-stage industrial IoT company called Samsara. At Samsara, which recently went public, Aidan rose quickly from Head of Operations to VP and GM of the Connected Sites Business unit, managing a team of over a hundred people. Last August, Aidan made her most recent evolution and joined Eclipse Ventures as a partner.

Aidan embodies the archetype of the compassionate leader. She seamlessly straddles the optimal formulations of an empathetic spirit and a singular intellect that allows her to quickly understand new systems, break them down into their fundamentals, and ultimately master them. When speaking with her, you’ll find an unmistakable warmth and candidness in her manner of self-reflection. In her thirty-minute-long interview, she mentioned the word “impact” eight times, a reflection of Aidan's essence as someone who cares deeply about the world and views her purpose as intertwined with the goal of creating meaningful positive change. When asked what people outside the tech ecosystem would describe her as, she said that they would likely call her a “combination of goofy, intense, and creative.” For all her successes, Aidan has stayed humble. She now has the bearing and track record of Silicon Valley’s biggest movers and shakers, but, deep down, she’s still that frontier spirit from the Canadian Rockies with a big heart and the fortitude to change the world.

Sam: Where did you grow up and how did that influence the early part of your career trajectory?

Aidan: I'm originally from the Canadian Rockies. I grew up there with my mom in a very small town called Penticton. One of the wonderful parts about growing up in Canada is that the public infrastructure is very strong, so I had the benefit of getting a great education despite being from a small town. I was lucky to be surrounded by a lot of love and supportive relationships, along with strong institutions that backed the arts, sciences, sports, and music.

Coming from a small town, I never would have dreamed of attending an Ivy League University, but I ended up attending Harvard University for my undergraduate degree and majored in Economic Development of East Asia. The origins of how I got there is funny. I had a guidance counselor who was very forward thinking. He pulled me aside when I was in my senior year and said, “Hey, you should think about doing something really big.” That didn’t make much sense to me at the time, but I ended up taking the SAT, the standardized test for college admissions. The next thing I knew, I was admitted to Harvard. It was life-changing for me and I don’t think anybody in my house believed it at first. Harvard is really where my eyes were open to how many kinds of careers and possibilities were available to me.

Sam: After college, you worked at Bridgewater Associates, one of the most successful hedge funds in history. What influenced you to take that as your first job out of college and what was your experience like there?

Aidan: I am a big believer in human rights and having an impact. As such, after college, I set off down the path to work in development economics. I wanted to learn from a professional standpoint — to distill the concepts I had learned in college, but did not have the experience with practical implementation. So, I went to the private sector — to a global macro hedge fund called Bridgewater Associates to get a better understanding of how markets traded and how the world worked.

I spent five years at Bridgewater and learned a ton. While there, I worked directly for one of the Chief Investment Officers, Greg Jensen. He believed in me and gave me a ton of opportunities. At  Bridgewater, people were willing to give you a chance — even if you were young — as long as your logic was sound, your research was good, you could listen to feedback, but also stand your ground if you really believed in what you were saying for logical reasons. In a lot of ways, that culture trained me how to think critically and take feedback. Fundamentally, I’m a sensitive person and being in that environment taught me how not to take things so personally. I joined Bridgewater early when it was just 300 employees. By the time I left, the company had grown to over 1,500 employees. I was lucky to have worked with some of the original Bridgewater team members — who embodied the spirit of the Bridgewater culture — which was to seek meritocracy.

Sam: After spending five years at Bridgewater Associates, what was the next step in your journey?

Aidan: Five years into my journey at Bridgewater, I was contemplating whether that was the right path for me to have the level of impact I wanted. I was looking over my shoulder, as my classmates were literally building companies like Facebook. I wanted to roll up my sleeves and go to Silicon Valley to be a “builder.” That drive led me to enroll in Stanford Business School. I used my education there as a bit of a Trojan horse into the world of technology.

After graduation, I took a job at Apple on the global operations team to work on the original Apple Watch. I was excited to go there, as I felt it was a place where I could really learn how consumer electronics were made and still apply my business background. My focus there was building out the SiP (System-in-Package) manufacturing process and facility, which was an upstream process concerned with the production of the miniaturized components in the Apple Watch. Back then, Apple did not have a manufacturing facility for SiP. I learned how to develop a manufacturing process, negotiate with vendors, and ramp up production from hundreds, thousands, and ultimately, millions of end products. It was a wild adventure that was also very successful. We ended up taking our SiP manufacturing process and applying it to other Apple products and modules. I ran the process for a couple Watches and a couple of the iPhones, and after that, Apple wanted to apply our manufacturing process to all their products. That was when I started thinking about moving onto something early-stage.

Sam: After Apple, you took a job as Head of Operations and eventually, as VP/GM of the Connected Sites business unit at Samsara, an industrial IoT company that recently IPO’d. What was that experience like?

Aidan: I started at Samsara as the sole person focused on manufacturing supply chain operations. It was wild because I joined right as the company was finding product-market fit. I was out there trying to figure out how to make these different SKUs of products with different manufacturers across the world. I was handling a lot of different products and service areas and managed about 100 people. At Samsara, I suddenly had gone from what had been a very solitary role to needing to hire senior directors who could manage teams of 50 people and who were experts in their relative fields. It was this rapid re-skinning exercise for me in terms of how to listen and figure out very quickly that I didn’t need to be the one directly managing all the processes. Rather, my role was a matter of casting a vision, inspiring the people around me, and selecting the right leaders who could manage large groups of others. I was at Samsara for almost six years, and took away so many learnings, both personally and professionally.

Sam: Looking back at your career, what lessons would you impart to the next generation of VC’s?

Aidan: I do think that it's helpful to have lived through some early-stage companies if you want to be an effective investor in them. That experience can be non-formal, but it is important because it helps you build empathy for the people that you work with very closely, especially if you serve on a Board. It also teaches you so many firsthand lessons that are hard to forget. For example, when building a company from the ground up, you must validate your ideas and listen to customers. If you don't have people lined up at your door to buy your product as soon as it's ready to ship, you probably don't have product-market fit — you don't have the kind of customer validation that you need to launch a good product. In working at an early-stage company, you have a better understanding of the questions you need to ask the companies you are working with as a venture investor. This allows you to have a more empathetic and robust conversation with them, one that’s informed by shared pain and experience.

Sam: Where do you see yourself in 20 years?

Aidan: Eclipse has a huge vision for how the world is changing, specifically around industrials and the real economy. There's so much work to do in that space, and I'm super excited about the problems that we're solving. In 20 years, I think I’ll still be hacking away at those areas in one way or another.

Aidan is a true frontierswoman — not only as a trail-running Canadian originally from the rugged Rocky Mountains, but also as a leader of world-class teams at Apple and Samsara that have pushed the boundaries of the digital-physical technology frontier. From scaling manufacturing operations from zero to millions of weekly units for the first-ever Apple Watch, to growing Samsara’s connected operations platform to hyperscale and the 20,000+ customer business it is today, Aidan knows what it takes to build and scale full-stack companies.

While Aidan loves bringing new technologies to market, she is equally — if not more — passionate about providing access to capital and leadership roles for underrepresented groups across a diverse spectrum of talent. She was a founding member of Samsara’s DEI committee and co-founded and led Samsara’s PRIDE employee resource group to a 300+ membership scale.

Aidan has a BA in economics from Harvard University and an MBA from Stanford University’s Graduate School of Business.