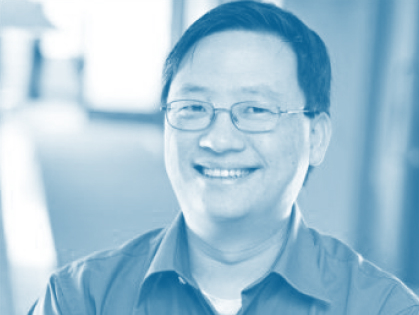 Ben Yu is Managing Director at Sierra Ventures, an early-stage venture capital firm that invests in entrepreneurs building the next generation enterprise and emerging technologies companies. Ben is a venture capitalist with the heart of an entrepreneur. After graduating from Princeton University’s rigorous electrical engineering PhD program in the midst of the dot-com bubble, he embarked on the entrepreneurial journey, co-founding an optimal transceiver company with a fellow classmate. While putting together his company’s business plan, he attracted the attention of Sierra Ventures, which, on top of funding his startup, eventually hired him as a Venture Partner. After a year and a half of working at his startup, which eventually saw a successful exit some 15 months later, he formally joined the investment team at Sierra Ventures, where he’s been investing in each evolution of enterprise and emerging technologies for over the last twenty years.

Ben’s motivated by an insatiable curiosity for finding compelling early-stage companies through an investment approach that spans the world. For Ben, who has lived in the U.S., Australia, and China, the notion of borders is a concept that means less to him than others. His investments span across not just the U.S. but also China, Australia, Israel, and Armenia. It’s his effortless cosmopolitanism that is the likely basis of a running joke in certain venture capital circles that he’s the most active investor in Armenia. Indeed, his international reputation speaks directly to the type of person Ben is: a highly thoughtful thinker who can make friends in any part of the world. Ben’s not just a world-class investor but someone who so effortlessly embodies the concept of global citizen in every sense of the phrase.

Sam: What was your pathway into venture capital?

Ben:  I started my career in venture capital in 2000, right at the peak of the dotcom bubble. Before my venture career, I actually wanted to be an entrepreneur. I was at an optical transceiver company that I started with a classmate from Princeton University, where I got my MA and PhD degrees in electrical engineering. In the midst of putting together a business plan for that company, I met Sierra Ventures and ended up joining the firm as a Venture Partner. I spent my first year and a half at Sierra Ventures working on that one company, which went on to raise over a $100M and saw a successful exit 15 months later. That role eventually led to me investing in multiple companies--not just one--for Sierra Ventures.  I enjoyed the entrepreneurial experience of building a company. I wasn’t really like many younger VCs today that had plans to become a VC. My path to becoming a VC was purely coincidental.

Sam: How did the experience of operating a startup influence your venture investing?

Ben: Being a founder was a really good experience because I got to see the “sausage-making” part of the startup ecosystem. It may have been too early for the younger generations to remember, but 2001 was one of the most difficult years in venture capital for all sectors. There were many large funds that raised a lot of money but were not actively putting the money they raised to work. When I was at the startup, I experienced how hard it was to raise money in a difficult environment. We did receive our first round of funding led by Sierra Ventures, but I had to learn as an entrepreneur how to navigate tough market conditions--not just on the fundraising side but also getting end customers and growing the company in general. Being a startup entrepreneur gave me a different level of appreciation for how to build a company, especially in hard macro conditions.

Sam:  You received MA and PhD degrees in electrical engineering from Princeton University. How did that rigorous academic experience influence your investment approach?

Ben: People have different strengths and different weaknesses. The reason I did my PhD was that I wanted to be challenged. When I first got into the PhD program, I didn’t know if I could survive it because it was highly intensive intellectually. However, by going through it, I discovered that I had the potential to overcome hard things that I didn’t even know I had the capability to overcome. That academic experience gave me a level of confidence that I would not have had naturally. That’s probably the most rewarding thing I got out of it. Surviving such an intellectually difficult program made everything else feel like a piece of cake after that.

Learning from that experience, I think everybody should go through a program where they are stretched to their limit to really find out what their capability is--whether that’s doing some academic program or building a company. If you grow up in your comfort zone and stay in your comfort zone, you will never fully discover your full potential.

Sam: What technology trends are you excited about investing in?

Ben: While we as a fund look at next-generation enterprise and deep tech, one of the things that really interests us is the application of AI to different verticals. Currently, we’re making more investments in companies that are applying AI to the manufacturing space. Historically, manufacturing companies tended to be very slow in adopting new technologies, but now we are starting to see adoption curves accelerating. The manufacturing industry is also a huge market and has so far pretty much been untapped in terms of adopting AI, so there is significant room to play.

A second trend we have been looking into and investing in is crypto/blockchain. We already have a successful company in that sector, and we realize now that the timing is really right for blockchain companies building products at the application layer as opposed to the infrastructure layer, where a lot of past blockchain investment activity has been.

Sam:  You have lived in China, Australia, and the U.S. How has that international experience influenced how you approach investing?

Ben:  I would say that the concept of borders probably matters less to me than other investors. I'm very comfortable investing outside of the U.S. I have a number of companies in Israel. I have three companies in Armenia. I have invested in several very successful companies in China. I have a company in Australia. My portfolio companies in the U.S. are not just in Silicon Valley but also Texas, North Carolina, and Florida. When it comes to investing, ot doesn’t matter where people come from or where the company is based if it’s a good company. I evaluate all  opportunities by applying the same business rules and principles: Is this a good company? Does it have a good team? Is this a good business? Is it going to generate growth? Is this defensible? On the priority list of criteria, geography falls to the bottom.

The joke is that I'm probably the most active investor in Armenia. Everybody knows me there because we’ve invested in multiple companies. My international investing strategy is not by design. I don’t have a global strategy per se. I just find good companies.

Sam:  What advice would you give to this young generation of VCs as they embark on their career?

Ben:  Young people find their way into venture capital through many different paths. However, once people get into venture, I see many of them start to look at the same successful investors and think “I want to be like him; I have to do this.” They forget the fact that you should focus on your own strengths and focus on not just what you're good at, but also what you're not as good at. You should focus on what really interests you - what type of investments resonate the most with you - and carve out an area of expertise for yourself. At my firm, I train the younger generation of VCs the same way. I try to get them to be good at something specific. I encourage them to a specialist at something before they become a generalist too quickly. By becoming a specialist, you get to know yourself a little bit better. You get to know your strengths and what you’re passionate about.

Ben Yu is Managing Partner at Sierra Ventures and has been with the firm since 2000. Ben is an engineer and inventor by background. He is passionate about emerging sectors and breakthrough ideas. His investment philosophy is finding early-stage companies with great technologies that can truly make a difference and helping entrepreneurs turn ideas into market leaders. His current portfolio and selected past companies can be found below and on his LinkedIn profile. When he’s not working you can usually find him on the golf course.