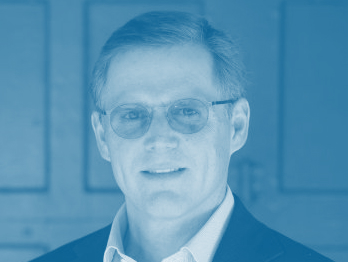 David Magerman: Growing Up on the “Wrong Side of the Tracks," He Defied the Odds to Become a Hedge Fund Manager at the Most Successful Hedge Fund in the World. Meet David Magerman, Managing Partner at Differential Ventures.

**David Magerman is founding partner at Differential Ventures, a venture capital firm focused on investing in the next generation of AI and data-science startups. David has one of those life stories straight out of the movies. He grew up in the 1970's "on the wrong side of the tracks," out in the boondocks of South Miami, where tomato fields covered the earth and the quality of the public school systems verged the line of contemptibility. With a love and talent for computers, he used education as the means to escape what could have been a foregone destiny in the Floridan backwaters. After graduating with a PhD in computer science at Stanford University, his life took a pleasant but unexpected turn when, upon not landing the academic job he wanted, he took a role building quantitative trading software for a hedge fund on Wall Street. With that surprising twist of fate, David became a hedge fund manager at Renaissance Technologies, which is well-regarded as the world's most successful hedge fund.**

At heart, David's a computer engineer and former academic who thrived out of a passion for solving complex computational problems, which, in his case, just happened to be in the form of quantitative trading. Indeed, David's latest career arc—starting his own fund, Differential Ventures—was conceived not out of an interest in money (he's pledged all his carry to charity) but to contribute intellectually to the world of data science and AI Startups. While he's attained a level of success likely unimaginable to his younger self, David, an active philanthropist, was never so much driven by the money. At his core, he remains that intellectually curious engineer with a passion for sharing his knowledge and experience to move the state of society and technology ever forward.

Sam: What is your origins story? How did you start your career?

David: Going way back to my upbringing, I was always very motivated to succeed academically. I grew up in a lower-middle-class family, so for my family, education was the way to get out of the economic situation we were in. I had an aptitude for math and science. Back in the late 1970’s and early 1980’s when I was growing up, computers weren't really a thing yet, but I was really fascinated by them. I parlayed that interest into an undergraduate thesis on natural language processing using data science, and after that, a PhD in computer science at Stanford University. I was always interested in the academic side of the research I was doing. Along the way though, I realized that I wasn't going to be an academic. I didn't get the job that I wanted. I was also kind of frustrated with the academic work I was doing because even though we were on the right path, there really wasn't enough data to run my research. Also, computers weren't really fast enough in the 1990’s to do the kind of mathematical analysis that my research required.

As such, I left academia and went to work at the New York-based hedge fund Renaissance Technologies, where I focused on quantitative trading. I wasn't really so interested in the Wall Street part of the job or even indirectly the money-making part of it. I just really enjoyed working on the interesting engineering problem of finding inefficiencies in the markets and building automated ways to take advantage of them. It was like a competitive game, and I just wanted to win.
‍

Sam: After leaving Renaissance Capital, what made you decide to start your own venture capital firm?

David: After a while of working at hedge fund, my job kind of ran its course. I built a trading system that worked, and we made a lot of money. The system I built was very well-designed so that it could work sustainably even after someone else began managing it. At that point, I was more free to do what I wanted. I actually left Renaissance but then went back to work there as a researcher for a while. Eventually, however, I began looking to see how I could have more of an impact on the engineering community. I went back to the idea of being an academic and teaching.

When I left Renaissance, I saw this ever-growing startup community across Israel and around the world. I wanted to see how I could contribute intellectually as a mentor and as a kind of a thought leader in the emerging data science startup world. After talking to many people in the ecosystem, I found that the best way to realize this goal was to be in the industry. Being an angel investor wasn’t good enough to get really good access to the good deals, nor to be trusted as a partner in building businesses.  I had to be an institutional investor. Around that time, when I was assessing what my opportunities were, I met my partner, Nick Adams, who had already started the idea of Differential Ventures, so together we teamed up to start a new venture fund that focused on pre-seed and seed-stage companies in the data science and AI space.
‍

Sam: Where did you grow up?

David: I was born in Brooklyn and spent my early years in Long Island, but I moved when I was eight years old to South Miami to an area called Kendall that was on the wrong side of the tracks. Kendall is now a big metropolis, but back then it was like the boondocks, with tomato fields everywhere. I went to public school in a very mixed environment, with 30 different nationalities represented in my high school. The school system was very bad. Growing up in Kendall was really a very formative experience and not always in the most positive ways. It made me know what I didn’t want out of life and what I didn’t want for my kids. Thankfully, my parents did a great job and raised me right, but I was happy to move out of Florida as soon as I could.
‍

Sam: How did that experience growing up “on the wrong side of the tracks” influence your life trajectory?

David: Growing up being on the lower end of the economic spectrum is kind of warping. It makes making money an outsized part of your goal. I always wanted to do better for myself financially and did not really think deeply about career goals and adult ambitions; I just had a drive. The goal back then was to achieve success through education, which ended up coincidentally being the way by which I got out of that economic situation to attain a better life.

But I think that my upbringing kind of warped me a little bit to be overly focused on economics and finance and money and less focused on the human side of the world, such as community and being happy with what I'm doing. I've met very deeply religious families with 12 kids making subsistence levels of income, who are extremely happy in their lives, even though they're living in what we would consider poverty. They're just really happy with their lives because their priorities aren't about materialism. At the other end of the spectrum, I have also seen very deeply unhappy, extremely wealthy people in the mix. I realize that there's a certain level of economic success and comfort that you want to have to achieve a certain base level of happiness. But beyond that, it’s kind of a balancing act--making more money and being more successful materially versus being happier socially, community-wise, and spiritually.
‍

Sam:  If you look back at your career, is there anything you would have done differently?

David:  I think if I had been more thoughtful about my career, I either wouldn't have gone to Renaissance Technologies or stayed there as long as I did. I'm really proud of the work I did at Renaissance in building software systems that solved quantitative trading problems really well. The problem, however, is that for engineers and academics, we enjoy building things to share with a community of similar people so that we can learn from each other and grow the knowledge of the community.  At a hedge fund, you work in a black box. Hedge funds don’t allow you to ever publish the results of what you do, which is really frustrating to me. I loved the people I worked with and was really proud of the work we did, but, as someone who wanted to give back to my community, I was frustrated with not being able to share the results of my work. That said, I did very well there and made a lot of money, which I can use to do good. So I suppose I don’t truly have any regrets about that whole experience, but if my career had ended three years ago and all I had to show for my life was 20 years of working in a secret place where no one knew what I did, I wouldn’t look back with so much pride. I’m more proud of what I’m doing now, where I can help companies with my knowledge and experience. That’s the experience that to me will validate how I’ve lived my life professionally.

Sam:  What advice would you impart to the younger generation of VCs as they grow into their careers?

David:  My experience is to avoid the shiny object.  When I was in elementary school, middle school, and then high school, I was attracted to computers at a time when no one really was.  It just wasn't the thing back then. My uncle actually wanted me to be a doctor, which, when I look back at the last 20 years, I realize it was probably the better choice to be a computer scientist. The advice I like to give people is just to focus on what you're good at, what you're better than other people, and develop skills in that area you love and become great at that. Don’t focus on what’s exciting to everybody else but focus on what appeals to you.

David Magerman is a co-founder and Managing Partner at Differential Ventures.

Previously, he spent the entirety of his career at Renaissance Technologies, widely recognized as the world’s most successful quantitative hedge fund management company. He helped found the equities trading group at Renaissance, joining the group in its earliest days, playing a lead role in designing and building the trading, simulation, and estimation software. After a decorated career in quantitative finance, he is using his data science, software development, and statistical modeling expertise to help  startups succeed in the global marketplace.

David holds a PhD in Computer Science from Stanford University where his thesis on Natural Language Parsing as Statistical Pattern Recognition was an early and successful attempt to use large-scale data to produce fully-automated syntactic analysis of text. David also earned a Bachelor of Arts in Mathematics and a Bachelor of Science in Computer Sciences and Information from the University of Pennsylvania.