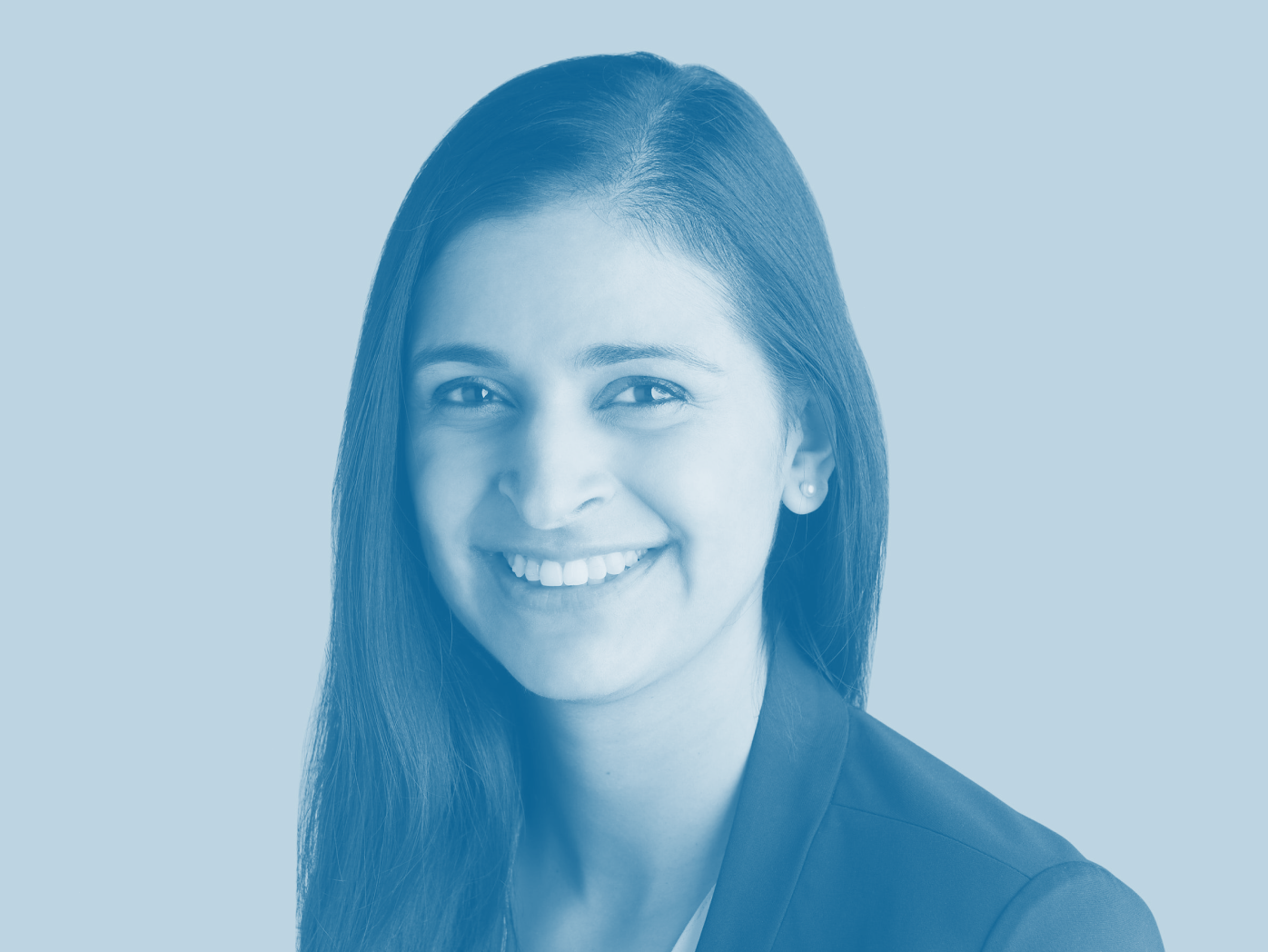 Divya Sudhakar is a Partner at Geodesic Capital, a growth-stage venture firm that supports entrepreneurs as they expand to Asia. Divya is the exemplar of dynamic growth. Graduating from UCLA in 2009, Divya forged her early career in the investment banking sector at Credit Suisse, where, in the midst of the Great Recession, she was thrown headfirst into the field of distressed situations. Two years later, she moved to Oaktree Capital, a well known player in the world of distressed credit. While there, Divya spent the large part of her time looking at legacy industries while honing her investment skills. She ultimately found herself missing working with tech companies and becoming more interested in the fascinating milieux of early-stage startups, where the main narrative was not about downside risk management but growth at hyperscale pace. She consequently left for Harvard Business School, emerging upon graduation knee-deep in the heart of the Silicon Valley tech scene as one of the selected few to join Intel’s prestigious leadership rotational program. At Intel, Divya worked in various product and business development roles, as well as spent a year at Intel Capital. She would later join In-Q-Tel, the U.S. intelligence community’s venture capital outfit, before returning to Intel Capital to lead the firm’s software and security investments. This past May, she joined Geodesic Capital as a Partner, focusing on enterprise software.

Divya exudes a warmth and empathy that you feel the first moment you talk to her. The conversation flows as if you were talking to an old family member, as if you could share private bits of yourself without ever feeling the gaze of judgment. It’s not a surprise that founders who have previously worked with Divya continue to seek her guidance even years later. She is thoughtful and approachable, the type of VC partner that you can imagine founders placing their trust in. She is also refreshingly candid. Divya recalled that in the early years of her career, she always managed to overcome the naysayers by adopting a “prove-them-wrong” mentality. Today, even while she is now balancing a career with the needs of a one-year old daughter, she isn't slowing down. Soon she will be flying out to take an eleven-hour flight from San Francisco to Tokyo, where she will arrive in the early morning to embark on a full day of meetings. Apparently the typical biological limitations imposed by jet lag do not apply to someone like Divya. She’s on the mission to invest in the next big thing, and, for anyone standing in her way, you can bet she’s going to do what she’s always done: she’s going to prove them wrong.

Sam: There is no one path to becoming a venture capitalist. How did your early career experiences shape your trajectory into the world of venture capital?

Divya: I entered investment banking after graduating from UCLA in 2009. I wanted to better understand how large enterprises, particularly in the tech sector, thought about strategic transactions--whether it was buying a company, raising money, or going public. At that time, we were in the midst of the 2008-2009 Great Recession. It was an interesting period, because a lot of companies were restructuring, and I got to become familiar with the world of distressed situations.

After a couple years in banking, I moved to Oaktree Capital, which is well known in the world of distressed credit. I learned about how to spot the fundamentals of a good business; how to evaluate management teams and understand markets. After spending a considerable amount of time looking at legacy industries, I realized that I missed working with tech companies. I wanted to evaluate companies from a growth perspective versus primarily focusing on the downside scenario. At the time, I was also helping a few friends with their startups in an advisory role. All of piqued my interest in  venture investing, which I explored further during business school.

After business school at Harvard, I joined Intel as part of a leadership rotational program to gain both operational and venture investing experience. I worked in product and business development roles, within Intel’s IoT and AI business units. Additionally, I interviewed with Intel Capital and was fortunate enough to spend a year with the venture arm of the company. I learned the craft of investing in early- and growth-stage software and security companies, which solidified my desire to continue building my career in venture capital.  After many years of venture investing under my belt, I can confidently say that I am where I want to be.

Sam: After realizing that venture capital was the right path for you, how did you ultimately wind up at Geodesic Capital?

Divya: I have spent time at two great firms prior to joining the team at Geodesic. I was at both Intel Capital and In-Q-Tel, where I gained valuable investing experience.  I identified the areas of tech I am most interested in, primarily within enterprise software. Both firms gave me the opportunity to invest in and work alongside world class startups and founders.

Geodesic has an impressive portfolio of investments, so a potential opportunity to help lead enterprise software investments at the firm spurred my interest. I found that Geodesic has a unique value proposition, where they help companies in their international expansion to Asia, starting with Japan. To a lot of people’s surprise, Japan is the second largest enterprise software market in the world. It is a huge market!

In learning more about Geodesic’s value proposition and thinking through how I wanted to build my career, I realized that it was a great opportunity for me. Geodesic is a relatively new platform, and one that I could see myself growing alongside.

‍Divya:  One favorite part is figuring out where a large and meaningful company can be built. Often times you can spot gaps in the market, where there is a clear need for a product, but no company is effectively  addressing that need. For me, it’s always exciting when I can find and back a team that is solving this missing piece.

The other favorite part is working with founders and teams post-investment. This is where you get to know the founder and management  team on a deeper level; where you get to really understand their vision for what they are looking to build. I enjoy being a sounding board for founders, talking through the opportunities and challenges they face  as they scale and then helping them figure out how to navigate this. For me, that’s where you see your individual value-add as an investor come into play, where you feel like you’re doing something beyond just being a check writer.

Sam: Looking back at your career, what lessons have you learned that you would impart to the next generation of VCs?

‍Divya: When you enter a new industry, it’s easy to feel like an outsider. You may ask yourself what you can bring to the table. Whether you’re serving on a Board or as an advisor, you might have a bit of imposter syndrome. The lesson I’ve learned over the years is that you don’t need to be an expert in every single area. You should pick one or two areas  where you can be the go-to person for the company. If you know a lot about product because of your previous experience, focus on asking product-related questions and honing in on that area. This is where you can initially be most helpful to the company.

Sam: Today only 11% of investing partners at VC firms are women. How have you dealt with navigating the venture capital industry as a woman?

Divya: As a lot of women tell you, it’s much better than it was previously, and that definitely is true. But it’s also clear that bias still exists in the industry. The bias isn’t always direct, but sometimes you can sense it when talking to people. However, instead of getting bogged down by those negative interactions, I have been able to cultivate a “prove-them-wrong” mentality. Yes, I’m a woman, but it doesn’t mean I do my job differently in any way. I recognize that it’s hard to get rid of bias, but it is up to us as women to help the system evolve.

Sam: Where do you see yourself in a decade, two decades from now?

‍Divya: Of course, in a decade from now, I’d like to see my investments make great exits and be able to point to a roster of successful deals that I have done. I would also like to have helped build a truly differentiated venture platform. What got me excited to work at Geodesic was that the firm is taking a lot of initiative to expand its products and reach internationally. It is a platform that I feel like I could continue growing with for the long run and I am excited for what’s to come.