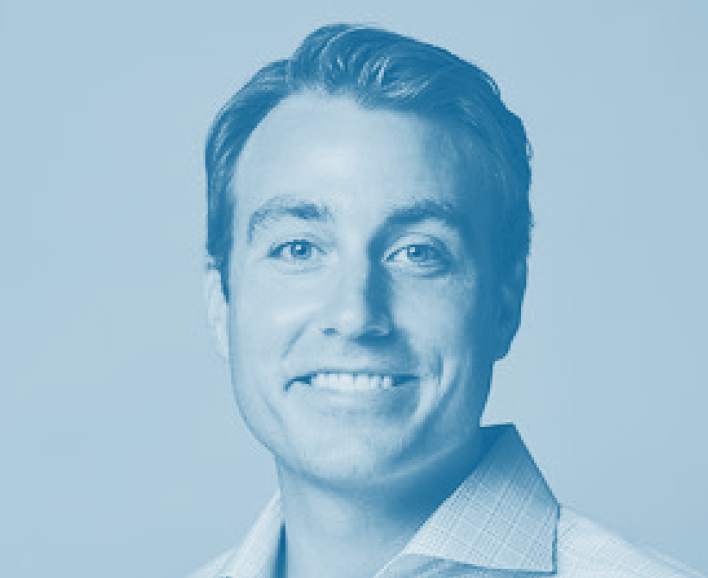 By
Sam Huang
,
Principal at BMW i Ventures

Philipp Seifert is a Partner at 468 Capital, where he invests in early-stage enterprise startups. Philipp is an investor to watch. In 2019, he landed a spot on Business Insider’s coveted list of “Top 25 Rising Stars in Venture Capital” when he was vice president at Sapphire Ventures. Only a couple years later, he made partner, joining the investment team at 468 Capital. Before becoming a VC, Philipp started his career as an investment banker at Deutsche Bank, focusing on the oil and gas industry. He later joined Goldman Sach’s tech-focused investment banking group in San Francisco, where he got his first exposure to the fast-paced world of tech. While there, he learned of the fascinating milieux of venture capitalists, those mysterious financiers who had funded the growth of celebrated large cap tech companies like Apple and Qualcomm that he covered in his day job. In one of his most memorable experiences during that time, he had the opportunity to work on the IPO of Nutanix. Serendipitously, only a few months after that project, a recruiter reached out to him about an opportunity at the growth-stage firm, Sapphire Ventures. Sapphire Ventures, it turned out, had been an investor in Nutanix. Philipp landed the job. He stayed at Sapphire Ventures for four illustrious years before moving to early-stage investing as a Partner at 468 Capital.

When speaking with Philipp, you will not detect the slightest hint of an accent even though he grew up in Germany, moving to the U.S. for college to attend Rice University on a tennis scholarship. In his youth, he was a fiend on the tennis court. He spent his teenage years traveling to play in tournaments in different countries across Europe, which was an experience that exposed him to different languages and cultures, crafting him into that internationalist spirit he is today. Philipp is too humble to talk at length about any of his accomplishments for long. He seemed even slightly abashed about the prospect of others finding out that he had once ranked in the top 10 in the European tennis circuits at his prime (a fact which I believe should be celebrated rather than kept hidden). Today he enjoys his free time playing “every sport under the sun”. He relishes travel to destinations with breathtaking landscapes, citing New Zealand as his favorite vacation spot. Philipp is a self-described introvert, naturally introspective and good-natured--the type of supportive partner that a founder would want in an investor. Still in just the early stages of his career, he remains excited about his journey as a VC that lies ahead. If past accomplishments are any indicator, the world waits in anticipation of the bright things in store for Philipps’s future.

Sam: What was your path into venture capital?

Philipp: I grew up in Germany and I came to the U.S. on a tennis scholarship to attend Rice University. During college, I did two internships in investment banking in New York before starting full-time in Houston, focusing on the oil and gas industry. To be honest, I didn't even know what VC was at the time - most people in New York and Houston were using investment banking as a stepping stone to get into either private equity or a hedge fund. It wasn’t until I joined Goldman Sachs’s tech group in San Francisco that I got exposed to venture capital as an asset class and as an industry. During my time at Goldman, I mostly worked on large cap companies like Apple, PayPal, and Qualcomm but also got the opportunity to accompany Nutanix on their journey to IPO. From where we stand as venture capitalists, Nutanix was incredibly late-stage, but I really enjoyed the experience of working intimately with the management team, getting to know the founders, and understanding the technology on a much more granular level. Sapphire Ventures happened to be an early investor in Nutanix and not long after taking Nutanix public, I found myself on the other side. I joined the Sapphire team and stayed there for roughly four years before joining 468 Capital as a Partner last year.

Sam: What was your experience like working at your first job as a VC at Sapphire Ventures?

Philipp: During my time at Sapphire, I learned all the fundamentals of VC investing - everything from sourcing companies, conducting rigorous financial diligence, and helping portfolio companies on their journey post-investment. I had a fantastic time at Sapphire and had the opportunity to work with some incredible companies (e.g. Segment, Braze, DataRobot, project44, etc.) and learn from a great group of investors within the Sapphire partnership. I was also incredibly lucky that Nino Marakovic, the founder and CEO of Sapphire Ventures, took me under his wing pretty early on and invited me to do all sorts of complex special projects like modeling optimal fund deployment strategies, determining optimal portfolio construction, and running Monte Carlo analyses on the future performance of our portfolio. Candidly, at the time, all I wanted to do was work on new investments, but in hindsight, I’m incredibly thankful for the experience to learn from him. He’s honestly one of the most brilliant minds that I’ve worked with in my career and those experiences gave me a very unique perspective into the inner workings of a venture capital fund that many junior & mid-level investors typically don’t see.

Sam: After four years at Sapphire Ventures, you joined 468 Capital as a Partner. Could you share a little more about that transition and what you focus on at your current role?

Philipp: Moving from Sapphire Ventures to 468 Capital, I had to make the transition from late-stage to early-stage investing. At Sapphire, we invested in companies at the Series B through IPO stages. At 468 Capital, our current fund is predominantly focused on pre-seed, Seed, and Series A stage companies. I have always been a very data-driven and analytical investor influenced by my time working on large transactions at Goldman where financial engineering was key, but also my growth-stage diligence at Sapphire where we had an almost maniacal focus on operational and financial metrics. The biggest transition for me to invest at the early-stage has been the relative lack of quantitative data and proof points that showcase whether a company has found true product market fit.

One of the things I really enjoy about investing at the early-stage is that the diligence focus shifts to putting a higher emphasis on the founders, the underlying technology, and the broader market opportunity. I still focus very much on the same coverage areas I had at Sapphire, which has made the transition relatively seamless.

Sam: What is your favorite part of the job?

Philipp: There are three main components of the job. This includes sourcing companies, conducting diligence, and continuing to work with founders on an ongoing basis post investment. I really do think you have to enjoy all three areas to be successful, but my favorite part is working with founders and the enduring relationships that come with it. Seeing not just how companies mature over time but witnessing the personal growth that founders go through as part of this journey is incredibly rewarding.

Sam: What is your least favorite part of the job?

Philipp: The least favorite part of this job for me is turning founders down. As a firm, we hear hundreds of pitches every year, but can naturally only make a select few investments. While I love dreaming the dream with founders, as an investor, I unfortunately have to say ‘no’ more often than I can say ‘yes’. When I do pass on an investment opportunity, I try to be as genuine and transparent with founders as possible. A ‘no’ represents more than just an investor’s point of view on the business itself. Our decision making process is multifaceted and stretches beyond the business fundamentals to include subjective things like founder-investor fit, past experiences with a similar company or business model, a lack of expertise in a certain sector as well as round dynamics, fund construction, etc. In the end, founders shouldn’t be discouraged by investor decisions - we certainly aren’t always right and there are countless examples of generational companies that had a hard time raising capital especially at the early stages (e.g. Airbnb, Uber, Datadog, etc.).

Sam: Looking back at your career, what advice would you impart to the next generation of venture capitalists?

Philipp: The most vital part of VC is to build your network early on. To me, building your network is actually like earning compound returns on your personal social capital. The number of people you know grows exponentially over time. The sooner you start, the better. A lot of junior investors think about networking as getting to know as many investors at other venture firms or company CEOs as possible. What I’ve found to be incredibly valuable is to build relationships with the next layer of operators underneath - i.e. VPs of Product, Engineering, Sales, Marketing, etc. Those are the founders of tomorrow the same way an investment associate/principal would think of themselves as the next generation GP.

The second lesson I would impart is just to have patience. This sounds cliche and obvious, but by its very nature VC is a marathon and depending on the stage you invest it takes companies five to ten years to scale and eventually exit. This industry is a never-ending roller-coaster ride driven by market cycles as well as the fact that there’s always another space or technology trend to educate yourself and therefore always another company to chase after. And while that’s one of the great appeals of the tech industry and VC ecosystem, it’s also incredibly easy to overwhelm yourself. Every now and then, I suggest that you find the time to reset and recalibrate in order to successfully play the long game.

Sam: Where do you see yourself in the next decade?

Philipp: Right here with 468 Capital. Our goal is to build a multi-stage investment platform, where we can guide and support our portfolio companies from day one all the way through to IPO. We are just getting started on that journey and are currently on our second early-stage fund. We still have a ways to go, but I’m extremely excited about everything that’s ahead, which will undoubtedly involve team-building, brand-building, fundraising, and supporting many more ambitious founders on their journey to achieving their vision.