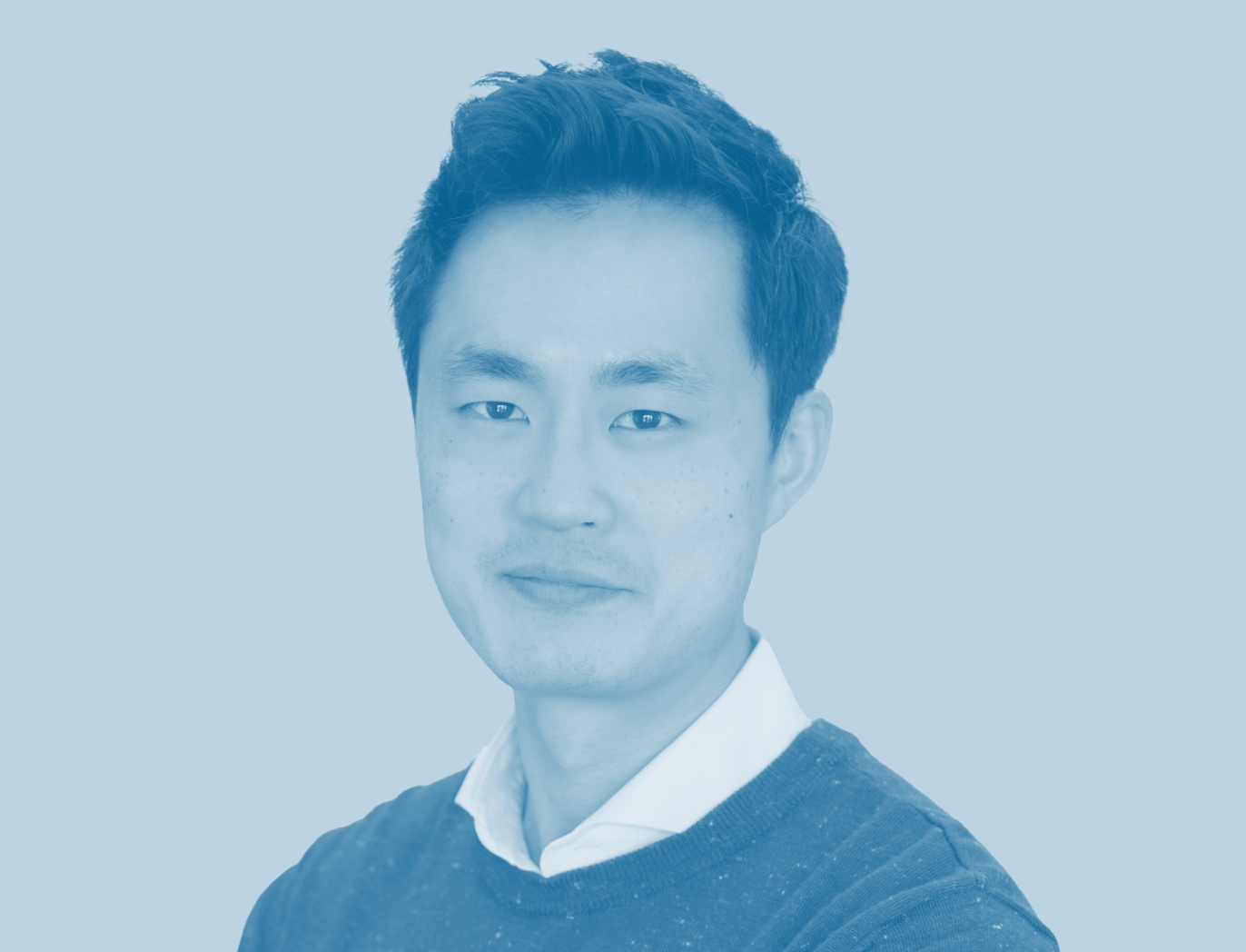 Tony Liu is a partner at Costanoa Ventures, where he invests in early-stage companies in the data infrastructure space. Tony is one of those rare VCs who knows how to get into the technical weeds of a product. Upon graduation from Stanford University, he spent the first few years of his career in different operational roles in the Silicon Valley tech scene, where he received a first-hand education in the fundamentals of technical execution. As a data scientist, he built machine learning models for Turo, which was at the time a Series-C stage company providing a peer-to-peer car rental marketplace. He subsequently joined the then-early-stage startup Expo, where he engineered the company’s analytics infrastructure and then, after the success of that project, shifted to product management. His last role before jumping to the investment side was as a product manager at Databricks, a role which he said opened his eyes to the massive and chaotic world of data infrastructure. When he later began entertaining a role in VC after the reach-outs of several inbound recruiters warmed him up to the idea, Tony’s experience across the different aspects of the engineering workflow made him an easy hire for firms seeking to inject their teams with a sense of real-world technical know-how. Tony joined Costanoa Ventures as a principal in 2019, making partner three years after that.

In talking with Tony, you’ll find that there is something pleasantly familiar about him, like that guy we all knew in school who excelled over everyone in academics and sports, while still winning over everyone’s hearts and minds. A self-described introvert, Tony is someone who you couldn’t imagine bringing anything but his true self to a meeting. When asked what he enjoyed doing in his free time, he mentioned his love of good eating and drinking, revealing his accumulation of too much coffee and wine equipment at home. A foodie at heart, he admits that many of his travels have been food-driven. He relishes the comforts of a hot bowl of Taiwanese beef noodle soup, but also seeks out the varieties of other noodle-based soups like ramen and laksa. Tony likes to stay physically active, playing basketball, hiking, and running, as well as dabbling in various “random workouts.” By academic and professional pedigree, he is as high-brow as someone can get, even as he remains a down-to-earth spirit, divulging that he watches a “ton of sports” and even the occasional trashy television show. Tony says he was never someone who plans out his life years in advance, but, at least for now, what he does know is that he loves his job. In chatting with him, you’ll find that the excitement he radiates when talking about his work is electrifyingly palpable, and you can’t shake the feeling that Tony is right where he should be, fulfilling his true calling as a VC.

Tony: I received my B.S. in Mathematical and Computational Science and M.S. in Management Science and Engineering from Stanford. During college, I interned at Amazon, working on the company’s core search ranking team. That was my first industry exposure to data, where I had the opportunity to work with machine learning models in production. At the time, I took for granted just how painless it was to train and deploy models in production at massive scale.

After that experience, I wanted to be part of a smaller team. I joined the data science team at Turo, which is a peer-to-peer car rental marketplace. One of the most exciting projects I worked on was developing a machine learning model for detecting ID fraud. It wasn’t anything fancy. We were working on a tight timeline and without ML infrastructure but it worked very well and drastically reduced car thefts on the platform.

I then joined a very early-stage startup called Expo (fka Pared), where one of my responsibilities was to build up and revamp the company’s analytics infrastructure. It was a very foundational experience for me because I got a much better understanding of the data infrastructure required for even the most basic data analysis.

My last role before VC was as a product manager at Databricks. It was a special experience. Databricks was building a suite of products to serve almost all data use cases at organizations of all shapes and sizes. It was also experiencing tremendous growth. I had the privilege of spending a lot of time speaking with all kinds of data practitioners, learning about their business challenges, how they do work, and what they really care about.

I didn’t intentionally think about working in VC until much later. It was much more opportunistic, but what excited me about the idea was that it seemed like a role where your output is so closely tied to the work that you do and how you choose to go about your work. It seemed like the type of role would force me to learn a lot more about myself. Given my product and data background, Costanoa, which is a seed and series A firm with a significant focus on data infrastructure, ended up being a perfect fit. It’s also fun to think in retrospect that I went from a data practitioner to a product manager developing data tools to an investor in data infrastructure.

Sam: How has your experience previously on the operating side--whether as an engineer, data scientist, or product manager--shaped your perspective as an investor?

‍Tony:  Among seed stage data infrastructure investors, there are a number of former product managers who are now VCs. Product management skills can be handy for investing at the earliest stages, when there is no live product let alone numbers to crunch. Instead, I try to predict whether or not the product will solve critical problems for data practitioners and developers and how it might get adopted.

In these interactions, I am reminded of the product manager-tech lead relationship. My product experience has helped me act as a thought partner on product thinking and go-to-market strategy. In some cases, I will try to tease out patterns of product adoption. In others, I will work with the founder to figure out the right positioning for the product and come up with messaging that really resonates. Most of the time it’s both.

Though it’s been a while since I was a data scientist and product manager, it’s been helpful to have a reasonably intuitive sense of what data practitioners want and what they care about. I do try to continue to sharpen that intuition.

Lastly, the network I developed over the course of my operator experiences has been directly relevant to my work today. I can count on experts to help with due diligence on a particular deal, prospective hires and potential design partners for portfolio companies, and, of course, prospective founders!

Sam: Given your focus on early-stage investing in areas like AI and data infrastructure, where investments are often founder-driven, what are the qualities that make you excited about a founder?

Tony: There are several things that get me excited about an investment opportunity. The first question I ask myself is whether or not the product is solving a meaningful problem. Related to this, I want to know if the product vision is big enough. Oftentimes this means that the product can uplevel the target persona, for instance, enabling a data engineer to do more data science work or making it easier for data practitioners to deploy ML models in production.

The second question is whether this is a space that has the potential for widespread adoption. Oftentimes, this starts as a novel concept that generates a lot of interest from data practitioners and developers. For open core companies, there’s sometimes already significant developer excitement and adoption of the open source project, which in and of itself is a useful signal of interest in the space. In these cases, I still need confidence that the commercial offering provides significant and complementary value to the open source project.

Finally, I want to see that the founders are the world experts in their field and, not only this, but that they are recognized as experts by the community. Fundamentally, with founders, I want to have a feeling that they are tackling a big and important problem and that they are leaders in the space.

Sam: Looking back at your career, what advice would you share with the next generation of venture capitalists?

Tony: You have to be really excited about what you do. It’s such a competitive industry that you have to be highly motivated to dig into things deeply and do more than others. At least for me, I need to be really excited about what I’m doing and be passionate about the sectors I invest in. That is what makes the job fun for me. When I’m having fun, time passes by without it feeling too much like work.

You should also figure out what you are good at as a VC. What you are good at is probably different from what another VC is good at. I have spent a lot of time thinking about where I add value. In particular, I try to figure out the different ways that I can be valuable to a founder. Of course, founders will know more than you in their specific domains, but there are many things that you know or have experience with that might seem obvious to you but aren’t necessarily obvious to others. Understanding where you can provide value to founders is a core part of doing this job effectively.

Sam: What’s your favorite part of the job?

Tony: I have several “favorite” parts of the job. Number one, I just really like learning. I find it fascinating to figure out how the ecosystem of tooling in the data infrastructure market fits together and gets used in practice. It’s really fun to immerse myself in developer tools or machine learning communities and see the problems that people are trying to solve and the tools with which they are trying to solve them.

Probably the most rewarding part of the job is the relationships I’ve developed over time with founders. In many cases, the depth of trust I build with founders makes the job meaningful.

Finally, this job has been very rewarding in motivating me to learn more about myself. This includes understanding what my strengths and weaknesses are, and figuring out how to put myself in a position to think clearly and perform better.

Sam: Where do you see yourself in the next decade?

Tony: I love this job. It’s the most fun job I’ve had. I’ve never been the type who plans out 10, 20 years out in advance, but I think that’s something I’m starting to think more of now. A decade or so from now, I hope to continue investing and doing all the great things that come along with the role.