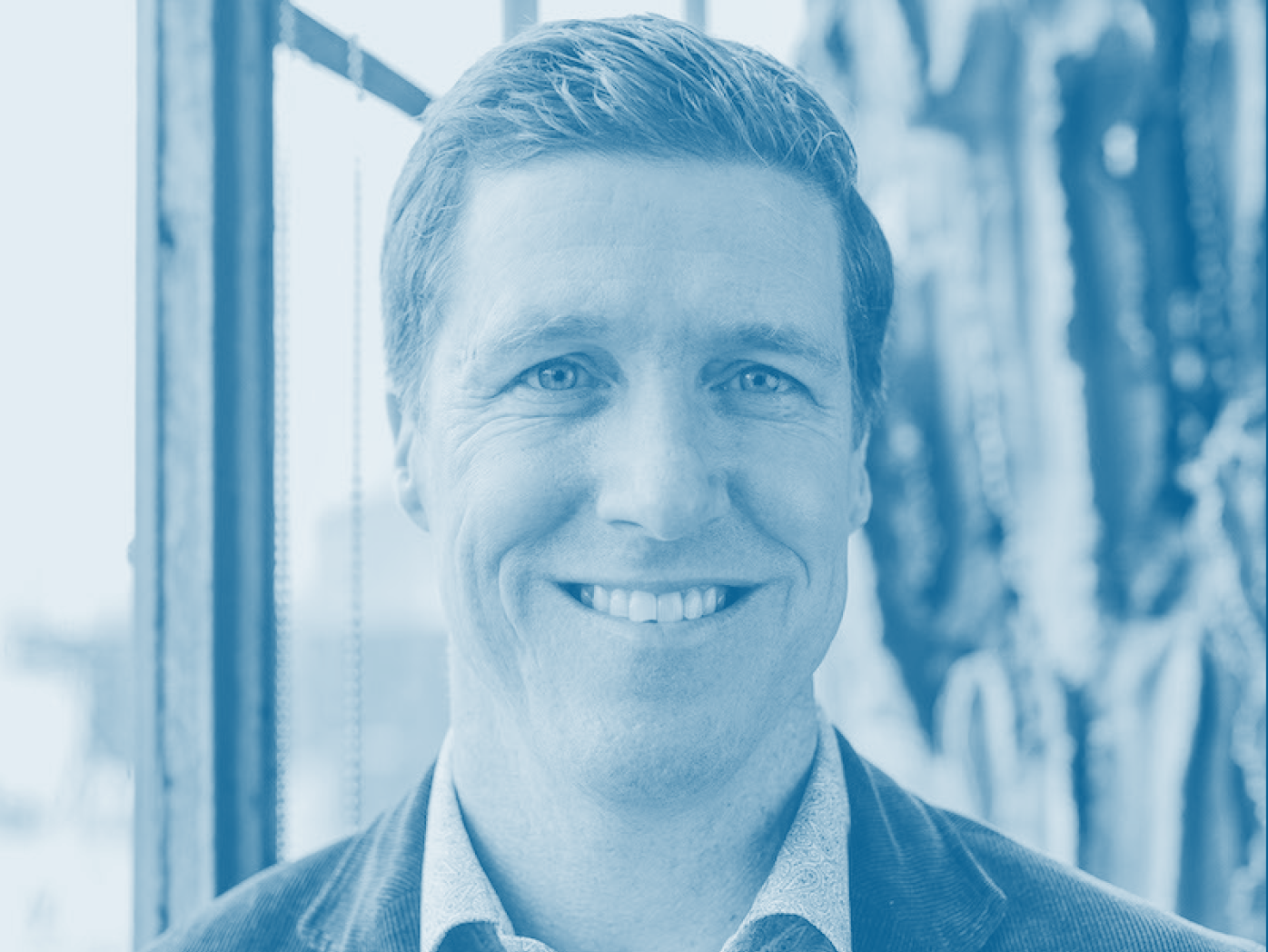 Patrick Eggen is Founding General Partner at Counterpart Ventures, a lifecycle VC fund that invests in Series-A B2B SaaS, mobility and marketplace technologies that target nontrivial problems or fill missing gaps in large markets. To talk to Patrick is to talk to a literal walking book of knowledge of startup what-to-do’s and what-not-to-do’s learned from an over fifteen-year career in venture capital. A former investment banker, he originally had envisioned going into the public markets side but ended up joining Qualcomm Ventures as an associate after obtaining his MBA degree back in the mid-2000’s. While at Qualcomm, Patrick rose the ranks to become Managing Director of Qualcomm Ventures North America and Head of the group’s Early Stage Fund, overseeing the transformation of the corporate outfit from a “sleepy strategic fund” into a top three global corporate venture capital group. By the time he left Qualcomm to start his own fund, Counterpart Ventures, Patrick had led early-stage investments into some of the most well-known companies born out of venture capital land: Zoom, Cruise, Matterport, Waze, Ring, and Noom are just some of the hits on his track record.

Patrick is someone who leads fearlessly. Public opinions and hype cycles do not influence him. Indeed, Patrick led Zoom’s Series A round at Qualcomm Ventures back in 2013 when all other VC’s had passed on the deal. He’s the type of character who establishes conviction in tough situations where information is imperfect and others are too paralyzed to move. In his no-nonsense manner of self-reflection, Patrick remained grounded in discussing the struggles that led him to where he is today, even more so than his successes. It’s that raw authenticity and openness that makes Patrick a gravitational center in the venture capital ecosystem. Only time will tell what new hit startup he invests in next.

Sam: What is your origins story? What did you do prior to venture capital?

Patrick: When I graduated college, my first job was investment banking, which is where I learned the basic finance fundamentals. I did investment banking for four years and then received my MBA at Kellogg.  I never tried to get into VC. I guess you could call me an accidental VC, as I always thought I would go to the public market side. However, as life goes, in my job search during my MBA, I interviewed at two VC firms. One was Qualcomm Ventures. They liked my transactional experience, the fact that I had worked internationally, and that I had experience in wireless technology. Qualcomm Ventures back then represented the best of both worlds for me--an element of corporate development and strategy but also the opportunity to do investments for a big company that was on the forefront of wireless technology. It was very intriguing to me, so I joined.

Patrick: When I joined Qualcomm Ventures back in 2005, it was a classic corporate venture capital (CVC) shop, which often carries some stigma relative to traditional VC firm. I didn’t really know it at the time, but it honestly was one of the better things that happened to me. That’s because the beauty of CVC is that you actually can do deals early on as a junior person and you can learn on their dime. Working there gave me that foundation to understand the venture capital game. VC is really an apprenticeship gig so it is critical to get as many reps (deals) as possible early in your career.

After earning my stripes as an investment manager, Nagraj Kashyap, who was Head of Qualcomm Ventures at the time and is now Managing Partner at Softbank, gave me the opportunity to create the Early Stage Fund at Qualcomm Ventures. The QCV Early Stage Fund was basically a microfund within a larger traditional fund.  Frankly, it was the first of its kind in CVC. It began as an experiment. We started off writing really small checks--five to six $250k investments in the first year. Then we expanded to invest about $20M globally per annum. Of my 25 plus investments in the U.S. in the first five years, we led Zoom, Noom, Cruise, and Matterport. Those four investments alone outperformed the main fund despite the Early Stage Fund deploying only 1/10th of the capital in the same time period. At the Early Stage Fund, we developed a playbook that worked and found financial alpha. We were in some pretty exceptional companies that were not just paper gains but massive exits. We basically shepherded Qualcomm--from a sleepy strategic fund into arguably one of the top three global CVCs in the world.

Sam: When you first started off your VC career as an associate, how did you differentiate yourself and make your mark on the team?

Patrick: I think the intuitive step for most associates starting off is to be a domain expert or know more about a certain category than others on their team. You can also differentiate yourself by having really tight relationships in a given industry or perhaps by personally branding yourself a certain way. I actually did it very differently. When I first started at Qualcomm Ventures, I raised my hand for our three worst portfolio companies--what I call our orphaned companies which received no attention. I basically learned the business by seeing mistakes and learning how to salvage investments. With that, I only faced upside because when you’re trying to salvage an investment that’s already not doing so well, there’s no real risk in your failure. I was able to learn from these struggling businesses and developed a network with other investors involved. I took these three orphaned portfolio companies and made something of them. With that, I earned my stripes and got promoted to investment manager.

Sam: You’ve invested in many well-known startups that have made it big. Zoom, Cruise, Noom, and Ring, are just some of the names. What lessons have you learned along the way?

Patrick: Sometimes it is better to be lucky than good, but you do have to have conviction when making an investment decision. You have to be right when everyone else is wrong. Additionally, what’s even harder is maintaining conviction in a certain investment in later rounds where the future is uncertain and you are making decisions with imperfect information. You have to have utter conviction that the CEO or founder will win. He or she may have to iterate multiple times. You will have to be patient with a long journey, as success is not going to happen overnight. For example, Zoom went from Series A to IPO within seven years but only with flawless management execution. Matterport was a ten-year journey, and Noom’s journey will be north of ten years.

Lastly, you will have to be okay with stomaching a lot of losses along the way. If you aren’t losing, you’re probably not winning. I understand that it’s tough to accept that and that may sound like a paradox. However, if you don't have a healthy loss rate for early-stage investing, you're not taking enough risk.

Sam: You’re one of the rare persons who started off at a corporate venture capital group but then started his own fund. At Counterpart Ventures, what’s your strategy for making deals when you no longer have the brand name of a large corporate backing you?

Patrick: The key to getting into deals is establishing conviction early in a company. It reflects the general VC strategy of being right when others are wrong. Even at Counterpart, oftentimes we evaluate deals which don’t “check off” all the classic investment criteria. We have to ask ourselves questions like: Are we okay with that? What’s the weird factor here? What are other investors missing? What if their growth metrics don’t fit the traditional VC playbook? Answering and ultimately getting comfortable with these questions enables us to establish conviction in deals early on and move fast. That’s our strategy for winning deals. We like to preempt rounds or be the first term sheet in because it shows absolute conviction. It allows you to drive the negotiation. Additionally you get a lot of respect by being the first term sheet in.

Sam: What’s your advice for the next generation of emerging venture capitalists as they progress in their career?

Patrick: The worst thing in this business is to get hubris. It might seem counterintuitive, but sometimes the worst thing that can happen is if your first deal is a homerun, because then you think it's easy. You think you're clairvoyant. You think you are really good. But many times you were lucky. In reality, venture capital is actually really tough. This is because venture capital is a long game. There’s going to be multiple zigs and zags, and you’re going to have to take some lumps. You’re going to have to really believe in the company when it’s not doing well. You’re also going to have “shoot” companies that are not performing well. To be in venture capital, you need to find the appropriate balance between taking meaningful risk and maintaining constant discipline.