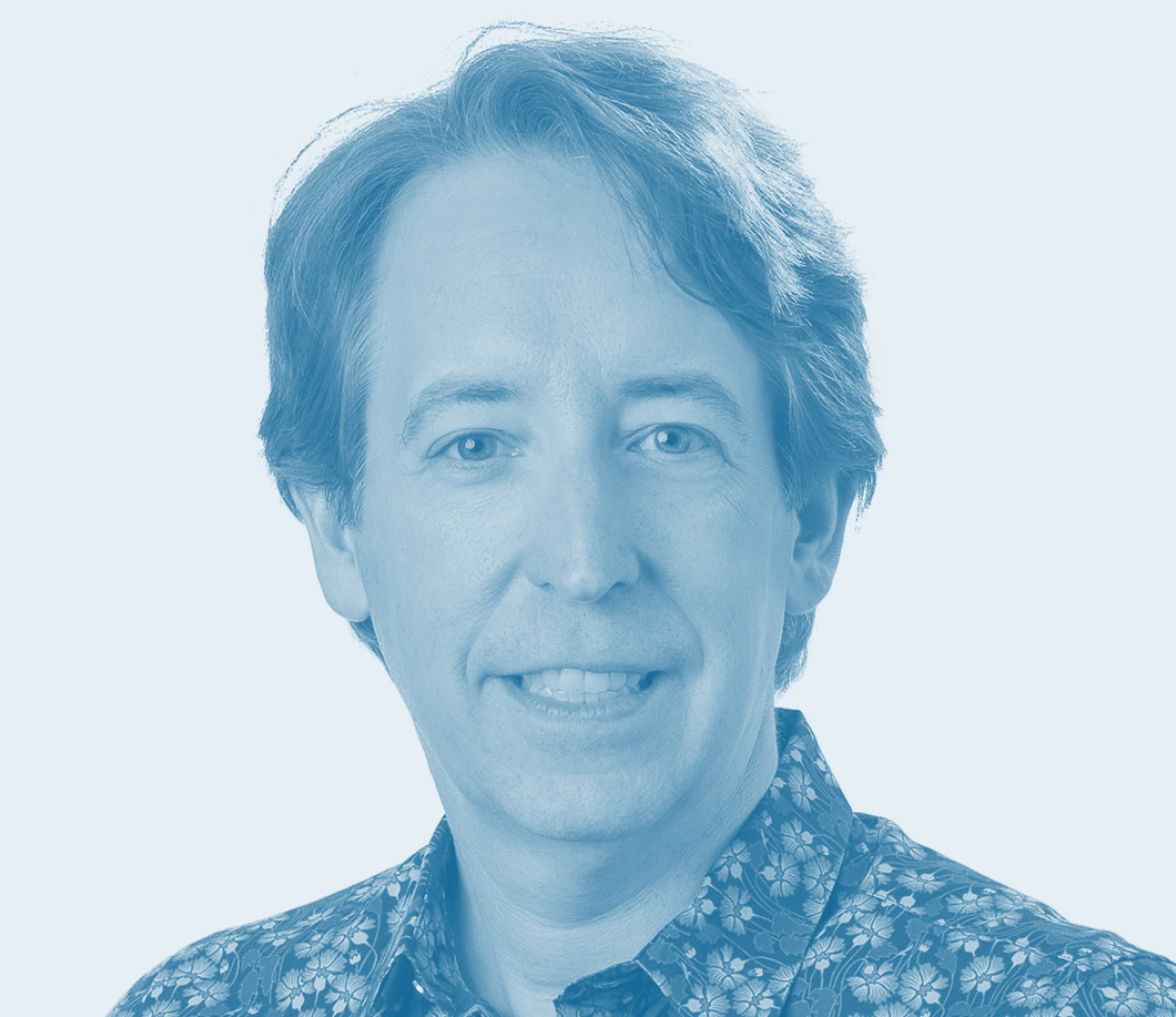 Rick Grinnell, Founder and Managing Partner of Glasswing Ventures, Shares His Story of Over Two Decades in VC

Rick Grinnell is Founder and Managing Partner of Glasswing Ventures, a venture capital firm that invests in pre-seed and seed-stage companies in AI and frontier software technologies. Rick is one of the most reputed cybersecurity investors in venture capital land. For the last 21 years, he’s been investing in the various evolutions of security, storage, and  SaaS-based startups out of his homebase in the Boston area. He’s become such a local staple in the Bostonian ecosystem that if you’re in venture capital and ever make your way to Boston, it’s an absolute must that you meet Rick--not simply out of business reasons but out of the plain fact that he’s one of the most interesting, multifaceted characters you should ever meet in venture capital.

Rick is someone who defies categorization. If you get to know him a little more, you’ll learn that he’s a phenom on the pipe organ and skilled at enough instruments to form a one-man band if he really wanted. Check out his LinkedIn page, and you’ll see not just the standard listing of past roles and accomplishments but a bio populated with his current music playlist: Twenty One Pilots, Alan Walker, Michael Franti, Sharon Jones, and the Dap-Kings. In fact, it was Rick’s passion for music--specifically a fascination with the creation of digital sounds through electronics--that prompted him to study electrical engineering and computer science at MIT. While Rick is a venture capitalist by title and reputation nowadays, he very much remains the same essential spirit as before: a lover of great music, a self-described tech “nerd”, and a gravitational center for those around him.
‍

Sam: Before you entered the world of venture capital, you started your career as an operator in engineering and product marketing roles. Could you elaborate on that early part of your career?

Rick: In 1993, after I graduated from MIT with B.S. and M.S. degrees in electrical engineering and computer science, I took my first job at a company called PictureTel, which was the pioneer of a lot of the video conferencing and collaboration technologies still used today in platforms like Zoom, Teams and WebEx. I started off there as an engineer, focused on developing algorithms to process and compress live video. I had entered MIT with a love of math, electronics and music, and was sure that I would go work for a company that did audio processing for the music industry.  However, as someone who loved advanced math, my time at MIT demonstrated that 2-D video was a much harder problem than 1-D audio.  Thus, I was drawn to PictureTel, which was solving one of the most interesting and complex problems to solve in the tech world at the time.

However, after a few years in an engineering role, I eventually caught the bug for doing something that would have a more immediate impact on the company’s performance and valuation than engineering, relative to product development cycles that could take over a year. I think that I was inspired by my father, who was a high school social studies teacher but also an avid amateur stock trader. His passion for the stock market rubbed off on me and led to a passion for investing as soon as I started to earn a paycheck.  Given this stock market interest, and PictureTel being a public company, I wanted a role that would have a more direct and meaningful impact on our share price. I ultimately maneuvered my way into a marketing position, where I was able to work with our salesforce and channel partners to help drive our top line growth.  Coming out of engineering, I understood the product and our IP (and those of our competitors) extremely well and was able to distill that knowledge in such a way that could be more easily understood by our salespeople and prospects.  I wore many hats – I taught sales training classes, wrote white papers and market landscape briefs, and ran the competitive research lab – acting as a bridge between the product and sales teams.  I was most proud of helping our sales team win a very competitive multimillion dollar deal, and being asked to travel to Beijing to help close another significant account.

After a year in this role, I became the Director of Marketing at a startup called ClearOne Communications, which was started by a group of engineers and executives from PictureTel. It was an exciting role, as we were only an eight-person startup at the time, and every day was filled with tremendous energy. While this was one of the most fun phases of my career, I only stayed for a year.  Most of my mentors and CEO role models had MBAs, and I thought that going to business school would be the right move for me and my future career goals.  So in September of 1998, I left ClearOne and went back to being a student at Harvard Business School.

Sam: How did you make the transition from the operating side into venture capital?

Rick: In the summer between my two years at HBS, I interned at Fidelity Ventures in Boston. To be honest, I was more interested in starting a company at that point than being a venture capitalist but I thought that summer role would provide me with good insight into the venture capital world. It would also help build my VC rolodex if I started my own company and needed to raise money. In my second year of my MBA program, I decided to join one of Fidelity Ventures’ hot portfolio companies called Adero, which provided a content delivery network, similar to Akamai. When I joined, Adero was on the path to go public in mid 2000. However, in April of that year, the stock market bubble burst, ending the company’s IPO plans.

Given the dismal state of the IPO market in late 2000, Adero ultimately exited via M&A. While the sales process for the company was in motion, I got a call from one of the partners I had worked with at Fidelity, who was on the cusp of launching a new early stage fund and was looking to build the team.  While I wasn’t necessarily sold on venture as my long-term career path, the alternatives in the startup world that I loved seemed bleak.  Tech companies, especially early-stage companies, were struggling to survive.  Thus, the opportunity to help start a new fund without the burden of a troubled legacy portfolio seemed like a great path to follow.  In the beginning, I thought that my tenure in venture would last a few years, just long enough to fund some great companies that I could then have the opportunity to jump into as an operator.

It turns out that I ended up really loving venture capital. And I spent fifteen years with this team, starting as a Senior Associate and becoming a Managing Director in about six years.  While we started our run as TD Capital Ventures, the team became known as Fairhaven Capital Partners when we raised our second fund.  During this time period, I was focused on enterprise infrastructure and software, most notably security.  In 2015, I made the big decision with one of my partners, Rudina Seseri, to start a new firm, Glasswing Ventures, where we focus on pre-seed and seed-stage investments in AI and frontier software technologies. At Glasswing, I specialize primarily in investments in cybersecurity, which is a passion of mine that I attribute to my love of mathematically intensive technology areas.

Rick: I have two pieces of advice. The first is to maintain a level of optimism in analyzing potential investments. This may sound a bit vanilla, but, in the world of venture capital, where you are essentially making bets that a company will be a winner, you really need to believe that people can pull things off. I sometimes see people who think it’s better to be negative and have a cynical view of every new company that walks in the door because it’s easier to filter if you’re more negative in the beginning. From what I’ve seen, however, the most successful people are those who tend to be the most positive. They are types who dream and are willing to take a risk because they have more of a positive view of the potential of a given business. It’s that positive disposition, coupled with a strong intellectual curiosity and work ethic, that makes a great investor.

Sam: Looking back at your career, is there anything you would have done differently?

Rick: Prior to venture, I had worked as an operator in engineering and marketing, but I had never worked in sales. If I had to do it over, I may have gotten some experience in the sales department, as sales is such an essential skill in running a company. If I had not leaped into venture capital after business school, I likely would have gone to a more mature company that had a good sales development program. I would say that for anybody who is unsure of their future path but wants to stay in tech, they should try sales for a few years to get that type of essential experience.

Sam: Where do you see yourself in the future? In ten years? In twenty years?

Rick: In ten years, I plan on doing what I’m doing now, which is being a cybersecurity investor. I might consider focusing on new verticals later down the road, but I love cybersecurity. I’ve had some great wins in the space, so I can't imagine abandoning a world that I've spent the better part of the last 20 years getting pretty good at.

In twenty years – wow - I guess I want to be Grandpa Glasswing, helping mentor an amazing generation of new talent!

Rick Grinnell is Founder and Managing Partner of Glasswing Ventures, focusing on investments in AI-enabled security and enterprise infrastructure. Rick has led investments and serves on the Board of Directors of Allure Security, Armored Things, Black Kite, and Terbium Labs (acquired by Deloitte).

Rick has been recognized by New England Venture Network with the Community Leadership Award for his philanthropic work and contribution to the community. Rick holds BS and MS degrees in Electrical Engineering from MIT and an MBA from HBS.