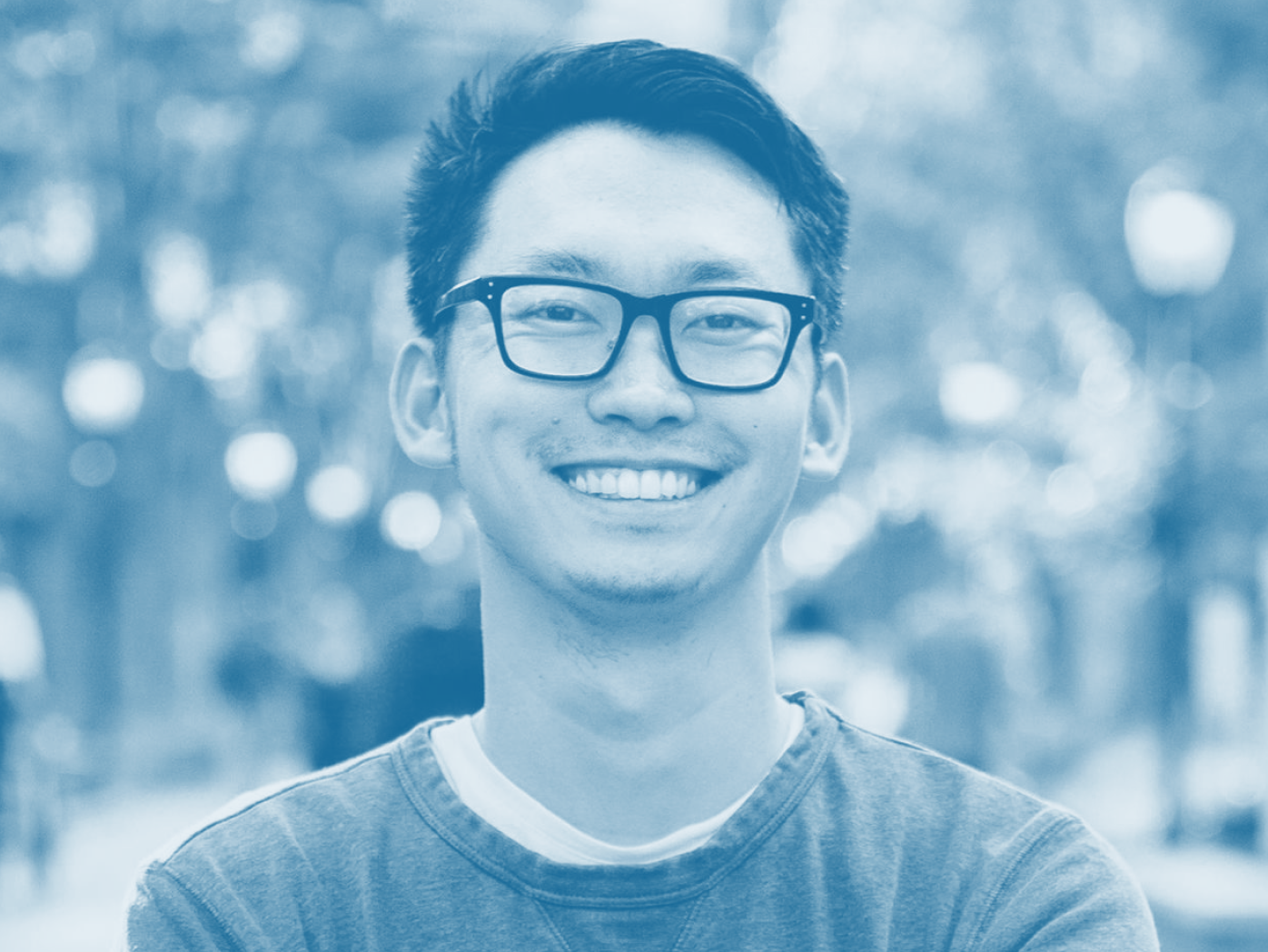 He Was a Former Managing Partner at the Dorm Room Fund and Investor at Floodgate. Meet Shawn Xu, Partner at On Deck

Shawn Xu is a Partner at On Deck, where he helps manage the group’s $150M fund and accelerator. Shawn is someone who embodies what it means to live and breathe the Silicon Valley dream. Growing up just a couple neighborhoods away from where Steve and Woz built the first Apple computer, he’s one of the few Bay Area residents who’s allowed to claim the rare designation of “Silicon Valley native.” Living in the center of global tech innovation as a child definitely had its perks: as a teenager, Shawn was already crafting pitch decks and business plans and receiving mentorship from local VCs. Those formative years were a “source of inspiration” for him. He’s since racked up a set of professional experiences that, when viewed in their entirety, read like a compilation of some of Silicon Valley’s greatest hits. After college, he joined the Y-Combinator-backed company, Bayes Impact, as one of its founding members. He then worked as an operator on the international expansion teams at Silicon Valley tech darlings, Vungle and Square. While getting a dual MBA and MA in International Studies at the University of Pennsylvania, Shaun worked as Partner and then as Managing Partner at the Dorm Room Fund, the renowned student-run firm backed by First Round Capital. That opportunity eventually led him to join Floodgate as the firm’s first Senior Associate hire and ultimately, to his current position as Partner at On Deck.
‍

If you haven’t met Shawn and you’re in startup land, then more likely than not you’ve at least heard of his name. At Floodgate, he was responsible for developing the firm’s highly reputed Anchor List, the tech industry’s Midas list for the top operators across startup land. A self-described extrovert, Shawn was Floodgate’s on-the-ground evangelist, charged with going to all the Y Combinator barbecues and startup founder house parties. When he’s not bouncing from one meeting to the next at a hyperspeed pace, Shawn likes to nerd out over the newest superhero movie and travel the world to typically overlooked destinations, which, in one such instance, involved a trip to North Korea. When asked about what kept him motivated, Shawn ruminated on the longer life mission of creating meaningful impact around issues like climate change, social equality, and the expansion of the American dream. He’s particularly concerned about how to resolve these issues in emerging markets like Africa, Latin America, and Southeast Asia, citing as influence his dual identities as both an American and immigrant from China. For Shawn, venture capital is not just a job but a way for him to take meaningful bets on solutions that can fix some of society’s greatest ills. Shawn’s on the mission to change the world, and, if his past successes are any indicator, the guy just might pull it off--one investment at a time.

‍
Sam: What was your journey into venture capital?

Shawn: I’m a Silicon Valley native and grew up just a couple neighborhoods away from where Jobs and Woz built the first Apple computer. As a teenager, I spent my spare time tearing apart pitch decks and developing hypothetical business plans, and I had the opportunity to be mentored as a teenager by local VCs. Growing up in the center of tech innovation was a source of inspiration for me, and it definitely influenced what I did in the early part of my career. After college, I was on the founding team of a YC-backed company called Bayes Impact, which we like to describe as a nonprofit version of Palantir. We raised a million dollars in philanthropic seed capital and worked on some really interesting projects with an amazing team. After that, I veered into operator land, where I spent a couple years taking point on international expansion for startups. I started off at Vungle, a mobile video ad tech company, and helped them expand into Asia. I also worked at Square, helping lead the company’s international expansion into Europe.

After working as an operator for a few years, I went to graduate school at the University of Pennsylvania where I was in the MBA/MA International Studies dual degree program at the Wharton School & Lauder Institute. One of our Board Members at Bayes Impact, Anjney Midha, was a 22 year old partner at Kleiner Perkins, and he attributed his path into venture to being a partner at the Dorm Room Fund while still a student at Stanford. Dorm Room Fund is a student-run venture fund backed by First Round Capital, and allows students to invest in other student founders. Ajney introduced me to Josh Kopelman at First Round Capital, who lives in Philly, and when I went to grad school, Josh introduced me to the folks who ran Dorm Room. I was very fortunate to become a Partner and then Managing Partner at DRF. While there, we made over 25 checks over two years; some of these companies have gone on to do exceptionally well.

That was my first entry into venture capital. It ultimately led me to the team at Floodgate, where I spent 2.5 amazing years getting mentored in the art and craft of institutional early stage investing by Mike Maples and Ann Miura-Ko. That led me to my current role as a Partner at On Deck, where I help run ODX, a $150M venture fund and accelerator that invests globally.

Sam: Floodgate is one of the most renowned venture capital firms focused on preseed and seed, with past investments in great companies like Lyft, Okta, Twitch, and Twitter. What was your experience like working for the firm?

Shawn: When I joined, Floodgate had four partners and a Chief of Staff -- that was it. I came in as the firm’s first Senior Associate. Funnily enough, I think they wanted to loop in an extrovert on the team who could go to all the YC barbecues, startup founder house parties, and just kind of run around and be an advocate for Floodgate. Especially for young founders that I had gotten to know through Dorm Room Fund. They gave me a lot of free reign to do pretty much anything I wanted.

In my first year, I worked as an apprentice to every partner. I sat in on every pitch, every portfolio company meeting, every board meeting, every networking call, or coffee or lunch or dinner for each of the partners. It was a great opportunity, as I got to learn directly from a team of really stellar venture capitalists. After my first year, they charged me with finding my own startup founders and looping in the relevant partner for potential investment.

While at Floodgate, I also launched the Anchor List, which is essentially a Midas list for operators. In building the list, I sought to find the best founding product managers, designers, CTOs, etc. working at startups. I did a lot of work on that as a way to build a network and “see, pick, win.” It’s worked out pretty well.

Sam: What have been your primary motivators across your career?

First, I deeply care about being in a position to make an impact on the problems I most care about. For instance, I care a lot about social mobility and expanding the American Dream so that it’s a global one. I also care a lot about climate change. To effect solutions to these problems, I think you need to be involved in making the rules - which I think people just call politics - and you need to help fund the most interesting new solutions that people are dreaming up - which I think people have come to call venture capital. I’ve been lucky enough to spend time in both worlds through my political activism and my venture capital career.

The second motivator for me has been my interest in emerging markets and building a world that is smaller but full of more opportunities for everyone. I’m an immigrant to this country and was born in China. Being part of two worlds allowed me to have a particular perspective of understanding the different qualities of life one might have on the basis of him or her being in a certain country. I care a lot about the ways in which we can improve the quality of life for everyone--whether through technology innovation or investment. That’s why I’m also so excited to be investing in not just the U.S. markets at On Deck but also emerging markets like Latin America, Africa, and Southeast Asia. ‍

Sam: Looking back at your life, do you have any regrets?

Shawn: I don’t have many regrets. Professionally, I suppose I wish I had spent more time working as an operator. I think I was a little too eager to jump into venture when I reflect on it. I wish I spent more time reading. I thought I would have time to get to it in grad school, but I got sucked into socials and traveling. Time is always the constraint. I wish I spent less time on work and more time on all the things in life that we take for granted - family, friends, love. I’m happy about the path I’ve taken, but I wish I could have been more focused about how I spent my time. I think most people in venture feel this way.

‍Sam: What key learnings would you take away from your career? That is, what advice would you give to EVCA members as they think about the next steps in their career?

Shawn: There’s a couple of ways that I would answer this.

First, if you’re embarking on a venture career, I think you need to be indispensable to your partnership. There’s a few ways to achieve “indispensability,” and you need to choose the right path for yourself. Generally, it’s helpful to your partnership to build projects that can assist in building the “see, pick, win” paradigm for choosing good investments. Also being an expert on a thesis and being right before anyone else is right gives you staying power in this business--either at your fund or in your ability to raise new funds from LPs.

Secondly, you should also be cognizant as a VC of how you add value to founders. I see a lot of people try to rush into venture because it’s a cool job and people can make decent money out of it. At the end of the day, as a VC, you need to be able to look a founder in the eye and say that you can help guide them through very critical phases of the business. To achieve this, it sometimes requires being an operator or founder. It requires time spent on boards. It requires understanding founders and their challenges--a sense of empathy. I wouldn’t lose sight of that, and always be reflecting on how you can craft a career that allows you to be most effective in the service of founders.

Shawn Xu is a Partner at On Deck and helps manage their $150M venture fund + accelerator (particularly focused on investing internationally). Previously, he was an Investor at Floodgate, a Managing Partner at First Round's Dorm Room Fund, and was listed in the Forbes 30 Under 30 for Venture Capital. Before he was an investor, Shawn was an operator leading international expansion at Square and was on the founding team of a Bayes Impact (YC S14). He earned his MBA/MA from Wharton and the Lauder Institute, and completed his undergraduate studies at UC San Diego. Shawn is a Silicon Valley native and is currently based in San Francisco.