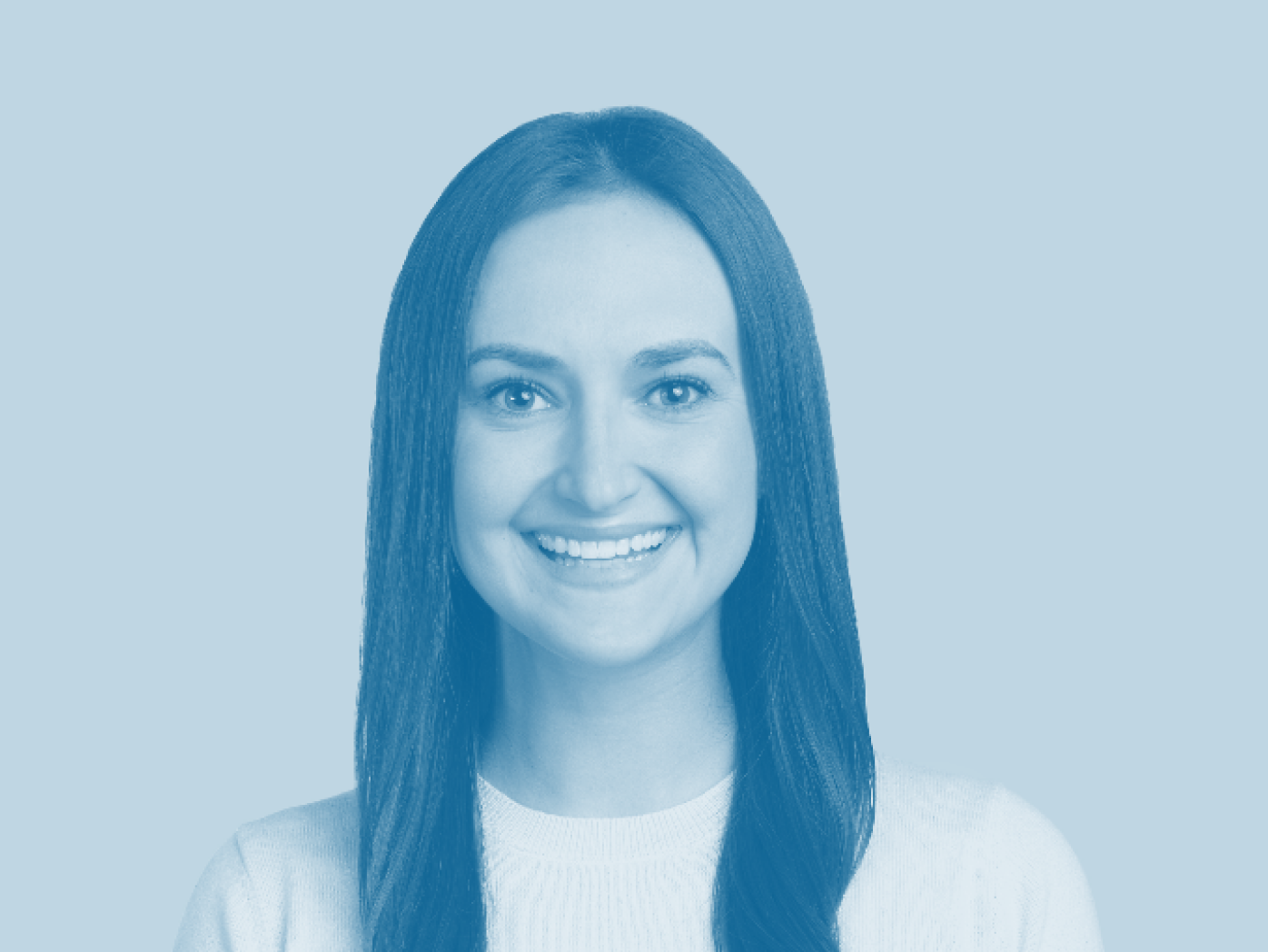 From Aerospace Engineer to Partner at Bessemer Venture Partners, Tess Hatch Shares Her Origins Story and Lessons on Life

Tess Hatch is a partner at Bessemer Venture Partners, one of the most reputed and longstanding venture capital firms in the world. Tess is someone who defies gravity. In an industry where only 12% of decision makers at VC firms are women, Tess’s rise from associate to partner in a groundbreaking four years constitutes the definition of inspiring. While she is today one of the most well-known faces in deeptech investing, the origins of her venture capital journey began rather unconventionally after she saw Sally Ride, the first American female astronaut, give a talk at her high school. From that moment on, Tess was determined to one day travel to space. Her major life events were structured accordingly: an internship at NASA’s Jet Propulsion Laboratory; the rare experience of sitting in a mission control center as the Curiosity rover landed on Mars; a prior job working in mission management at SpaceX.

While today Tess is breaking boundaries as a deeptech investor, she remains at heart an aerospace engineer. She is one of those unique personas in venture capital who earns the distinction of being refreshingly hip. She is a certified yoga instructor, an avid soul-cycler, and a proud owner of a golden retriever named Oscar. She even produces a space comic inspired by her childhood hero, Sally Ride, and the nineteenth-century mathematician, Ada Lovelace. In speaking with Tess, you’ll notice her electrifying energy, her passion for working with startups, and her unbridled excitement when talking about space. While today she has only defied gravity in the metaphorical sense, it’s only a matter of time when Tess also defies gravity in the literal sense and traverses the cosmos and beyond.

Sam: What was your pathway into venture capital?

Tess: I fell into venture capital. My path actually started with my passion for aerospace engineering. Interestingly, Sally Ride, the first American female astronaut, had attended the same high school that I did, though of course many decades before me. Years later, after becoming a world famous astronaut, she came back to speak when I was attending her alma mater. When I heard her speak, I was so inspired and amazed by this brilliant badass lady who had been to space and had been on the International Space Station.

I wanted to be just like her, and since then, a lot of my subsequent life events were around figuring out how to travel to space myself. My first internship, for example, was at NASA’s Jet Propulsion Laboratory when I was 18  years old. I obtained my undergraduate degree in aerospace engineering from the University of Michigan and my Master’s degree in aeronautics and astronautics from  Stanford University. Between undergraduate and graduate school, I worked at SpaceX in mission management, integrating satellites with the Falcon 9 rocket.

Sam: What’s it like being an investor in deeptech, an area that VCs have historically neglected?

Tess: At Bessemer, where I have been for four years, I am still very much an aerospace engineer, but, rather than working as an engineer at a single company, I’m investing in the ecosystem and pushing the development of commercial space, drones, autonomous vehicles, and food technology forward through my investments.

Three of the top 15 most valuable private companies are what we consider deep tech companies. Those three are SpaceX, DJI (a Chinese drone company), and Rivian (an electric vehicle company). While I agree that deeptech is not as popular an investment area as, for example, B2B SaaS software, it is just as lucrative. It indeed takes more capital and a little bit longer to develop, but it’s just as valuable of a technology to invest in if you get it right.

Sam:  You went from associate to partner in a little over four years, which is groundbreaking speed in terms of career growth in the venture capital world. Could you share some insights for emerging venture capitalists in the EVCA from your journey?

Tess: I am very, very honored, flattered, and humbled by the Bessemer Partnership’s faith in me. I started as an associate four years ago working for David Cowan, who has been the most amazing mentor. At Bessemer, we always have a mentor-mentee relationship between the partner and associate. The reason why I’m mentioning this is that it’s so critical to have someone teach you this industry. I’m the venture capitalist I am today because of David.

Another important lesson is to really know your superpower. As you know from earlier, I’m an actual aerospace engineer with a lot of passion for space. As such, I really understand the nuance and the details of space. When Bessemer hired me that summer looking for a space investor, I really doubled down and got to know that industry. Since then, I’ve expanded my investment focus so now I not only invest in space tech but also in drones, autonomous vehicles, and, most recently, in the future of food technology focusing on  plant-based alternatives. To sum it up, I know my superpower, which is deep expertise in certain sectors that I’m passionate about and think will be good areas of investment.

Sam: You’re one of the select VCs out there who has a hard technical degree. How has that benefited you in your day job as a VC?

Tess: Our day job as VCs consist of sourcing deals, diligencing, and supporting portfolio companies.  Having a technical degree is helpful in all of those situations. With a technical degree, I can quickly figure out roughly if the physics work upon the first pitch and dig further into the technology if it makes sense. Now don't get me wrong: we still hire a PhD or expert to assess the technology in a more detailed way, but I can do that first high level pass to know if a company is worth pursuing further.

The other way my technical background helps me is in the Boardroom. There are three types of board members that a company should have around the table. The first type is someone who is that market and technical guru. This person really understands the market and knows where the technology is heading to help a company with its future product roadmap and overall strategy. The second board member is the sales and marketing guru, who can really help out with scaling the sales once a company has found product market fit. The third type is your financial guru, the type of person who knows what you need to hit from a financial milestone perspective so that a company can make an exit. So, going back to your original question, my hard technical degree helps me be the first type of Board Director--the person with the technical and market expertise to help grow the company in the right direction.

Sam: Where do you see yourself in the next decade or decades?

Tess invests in technology and people who believe as strongly as she does that frontier technology will develop solutions for societal problems. She is a partner based in Silicon Valley fostering entrepreneurship of frontier technology, specifically the commercialization of space, drones, autonomous vehicles, and agriculture and food technology.

Tess currently serves as a board director for Phantom Auto, Spire Global, and Iris Automation, and as a board observer for Rocket Lab, DroneDeploy, Velo3D, Forever Oceans, and Crosschq. She was included in Forbes’ 30 Under 30 in Venture Capital. She speaks and is published regularly on Bloomberg, TechCrunch and other publications on space and frontier technology.

Tess earned a Bachelor’s degree in aerospace engineering from the University of Michigan and a Master’s degree in aeronautics and astronautics engineering from Stanford. She went on to work for Boeing and then SpaceX where she worked with the government on integrating its payloads with the Falcon9 rocket. She remains close to her alma mater by co-teaching a class at Stanford, serving on the board of advisors for the Stanford Technology Ventures Program, and founding the Stanford Aero/Astro Alumni Association.

Tess is passionate about space exploration and imagines a future where we all travel to space. She hopes to one day take a trip herself.